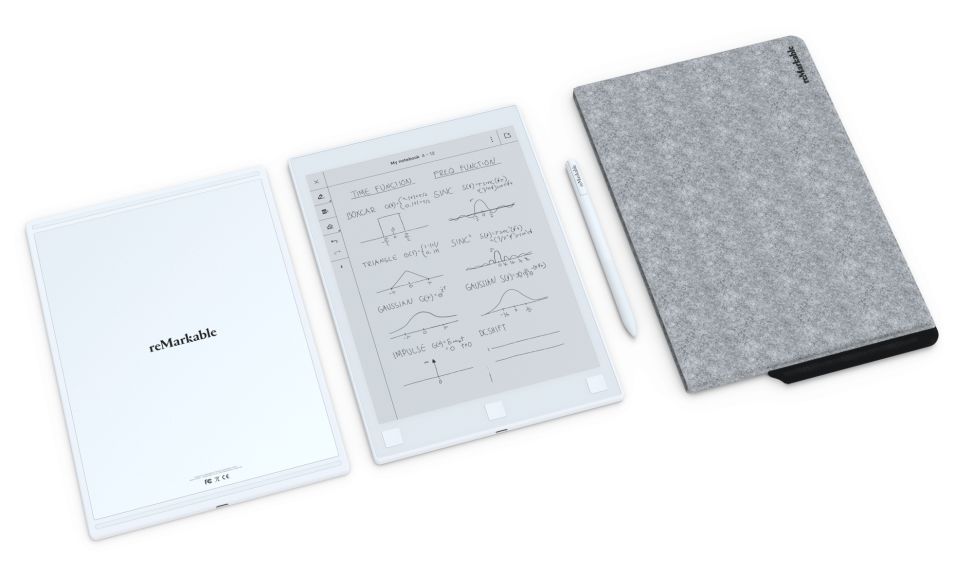 The Remarkable 10 inch e-reader was announced in November and this device has garnered a tremendous amount of media attention. The company has been taking pre-orders since the it was first announced and has generated over $11.8 million dollars. A number of blogs and websites have received hands on review time with the Remarkable, here is what they are saying.

Techcrunch – The reMarkable is built from the ground up to be black and white, to handle and share documents and sketches and to be a comfortable, paper-like environment lacking the cumbrousness of Windows or the constant pushes from Amazon to buy more everything. It’s made to do several specific things well, and within the limitations of a monochrome touch display.

The Verge – The real standout feature to me was the feeling of writing on the tablet. The reMarkable screen isn’t made out of glass, but rather a more durable and fricative material that really does feel like writing on paper with a pen or pencil. Even the sound is a delightfully tactile scratching that mimics the experience of writing in real life. The reMarkable pen tip does wear down, however, and will need to be replaced from time to time, although the pen does cleverly conceal a spare tip hidden in the top of the pen.

Popular Mechanics – With the reMarkable, you will be paying a real premium for a pretty small feature set and a certain, fine-tuned friction feeling. But if you are a notebook junkie who hates having notebooks around and is not especially attached to a particular favorite pen, it might just be worth it. Until then though, there’s still plenty of paper around.

Stuff – With exciting extra features like handwriting recognition on the way, the ReMarkable tablet is bulging with pure potential. The small company is keeping a close eye on colour digital paper, too, which might make an appearance in a later model once the tech is perfected.

Laptop Mag – One of the neater tricks that reMarkable CEO Magnus Wanberg showed us was how regional select-and-clone tools allow simple drawings to become patterns. Using the Marker, he simply drew five stars, selected them and tapped a + icon to clone them, which caused me to “ooh” and “ahh,” imagining how this could be used to create. Wanberg noted that while reMarkable appeals to a kind of user that the company calls “paper people,” it also gives them a feature that digital creators have all grown to rely on: undo. It even offers Photoshop-level skills, such as the ability to write on distinct layers so you can sketch on top of existing art from an imported PDF, and then hide things.