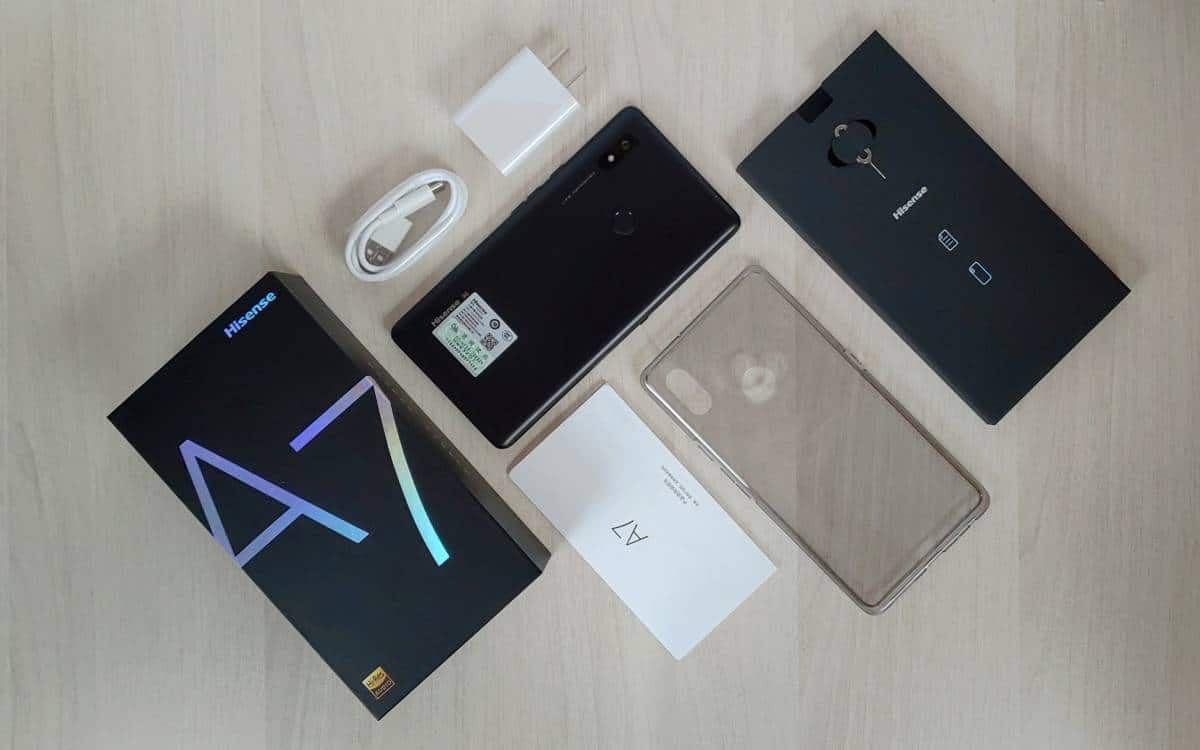 The Hisense A7 is the first E INK smartphone of 2021 and it features a giant 6.7 inch display. It is truly blurring the line between smartphone and e-reader. You can get 5G internet speeds, download books and sideload in your own Android apps. It might not have Google Play, but Android 10 will make it relevant for a very long time.

The Hisense A7 has a 6.7 inch display with a resolution of 900×1800 with 300 PPI. It has a front-lit display with LED lights alongside the bottom of the bezel and project light evenly across the screen and not into your eyes. This device has a glass based screen that is flush with the bezel. Underneath the hood is a Unisoc Tiger T7510 8 core processor, 6GB RAM and 128 GB of internal storage. It has a 3.5 mm headphone jack to listen to music or podcasts, but also a speaker. It has a HIFI amplifier, and Hisense has said this is the best sounding speaker they made on an E INK phone. It is 33% louder than the A5 Pro. You can charge the A7 with the USB-C port and plug it into your computer or a wall charger. It has a giant 4770 mAh battery and has quick charging. There is a fingerprint scanner on the back to help keep it secure and also Face Unlock with the front facing camera. There is a button on the side, that is a quick key and can be mapped to do many different things, such as screenshots, launching an app, screen refreshing or anything else.

Android 10 is the major selling point, it is very modern and current. Hisense has their own app store that is pre-loaded, but most of them are Chinese apps. You can sideload in your own apps, that you download from the internet. You can also install 3rd party app markets, for direct downloads. Google Play is nowhere to be found, so this is important to note. Hisense has their own UI and skin, making the phone E INK friendly. There is a bunch of Hisense software, such as a RSS news feed and other stuff you can access by swiping left. There is button on the left side, along the beszel. This can be mapped to launch a specific app, engage in a full page refresh or access any of the phone functionality, it can be set in the settings menu. Hisense developed a new feature called Reading Mode. It will disable all notifications, emails and popups. You can switch between landscape and portrait mode, which is great. It has a new dynamic refresh mode, to eliminate ghosting. You have two different modes, clear mode, which is geared towards reading and speed mode, which is geared towards internet browsing, animations and apps.

The retail packaging has a plain box box with the model name and company name on the front. They are really promoting the HI-Res audio experience. There is nothing on the back of the box, and the sides, are in Chinese script. When opening the box for the first time, you are greeted by the phone, nestled in a static proof bag. Underneath that is the USB-C cable, wall charger, warranty and quick start guide. It also comes with a free gel case, which is flexible.

The back of the phone has a fingerprint scanner, which can be used to unlock the phone. There is also a rear facing 16 MP camera. The power button and volume buttons are on the right side and E INK button on the left. The front of the phone has a speaker grill, used for audio calls and it also has a front-facing 5MP camera for video conferencing, such as Zoom or selfies.

This phone retails for $459 from the Good e-Reader Store.