You are here: Home / e-Reader News / Icarus is no longer making e-readers and the company has disappeared 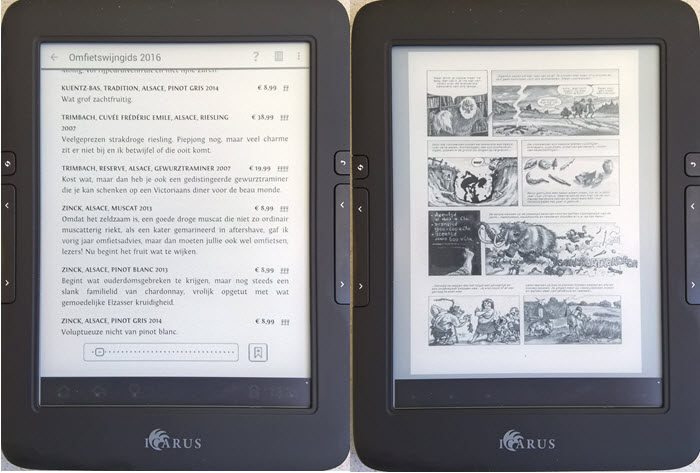 Icarus is based in the Netherlands and has been developing e-readers since 2010. The Icarus brand belongs to Distriread, who first got their start by developing the iRex series of e-readers. It looks like the company has quietly gone out of business. Their website has been down for the past couple of weeks and they deleted their Facebook and Twitter page. They stopped selling e-readers completely on all retail channels in September.

Over the course of the past 12 months many of the executives have all fled, including Roberto Damen who was the managing director of the company and organized all of their Indiegogo campaigns. Jeroen Breuer was tapped to replace Roberto, but he left the company a few months later. There are 13 people who have left the company lately and there are no current employees listed on Linkedin.

Icarus primarily did not design their own e-readers, they white labeled them from vendors in China. They rebranded the devices as their own and used a rudimentary UI that did not change over the years. The Netherlands market is hypercompetitive because it is dominated by Kobo, who operates their ebook subscription service there and has a healthy relationship with BOL. Amazon also has a dominant market position.

In the early days of the e-reader boom period, Icarus was the only game in town. They would get away with sub-par e-readers that were expensive and did not including a digital bookstore for people to buy ebooks right on the e-reader, instead they were forced to sideload them. Once Amazon and Kobo entered the Netherlands and offered products cheaper and had a built-in digital bookstore, the writing was on the wall for Icarus.

It looks like Icarus is no longer around and the parent company might have just went bankrupt. They have completely abandoned making e-readers. The company just faded away without letting anyone know.