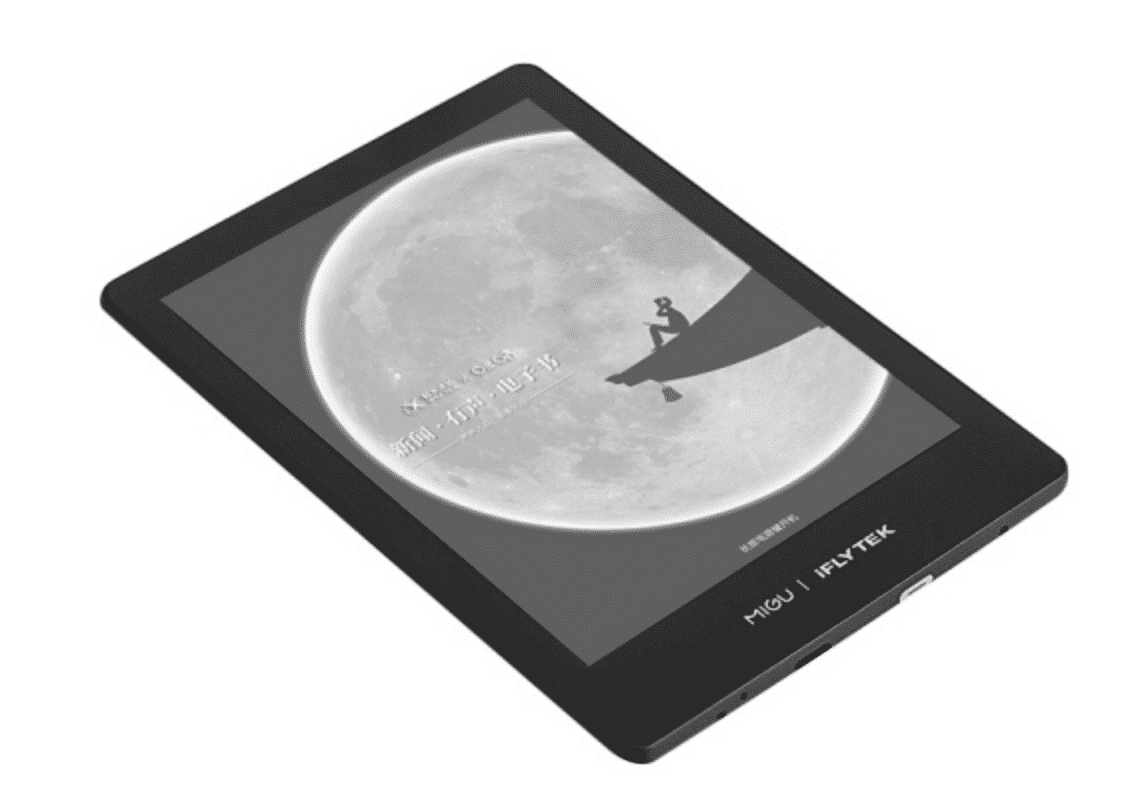 iFlytek is a Chinese company that primarily designs and manufactures e-readers for the domestic market. They released the iFlytek R1 a couple of months ago and it is actually very compelling. It can access the Migu bookstore, which is run by China Mobile and it is possible to pay for books with your mobile phone subscription, which is very popular. It can also access the iFlytek store, which not only has a large collection of ebooks, but also manga and comics.

The iFlytek Migu R1 employs a six inch INK CARTA HD screen with a resolution of 1024×758 with 212 PPI. It has a front-lit display and color temperature system. Underneath the hood is a quadcore processor, 16GB of storage and 1GB of RAM. Connect up to the internet via WIFI, attach wireless headphones via Bluetooth. Many people end up listening to ebooks read aloud by an advanced AI system, which is way ahead of rudimentary systems employed by Pocketbook or Amazon. It is powered by a 1550 mAh battery and t dimensions are 153.7×107.7×6.9mm and weighs 140g.

You can purchase the iFlytek R1 from the Good e-Reader Store for $189.