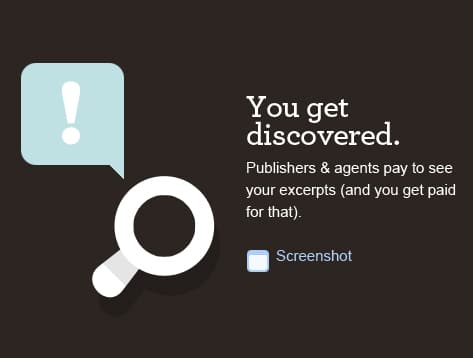 One of the major issues in the traditional publishing industry that is driving more and more authors to pursue independent and digital self-publishing is the dreaded slush pile, the much-abhorred gateway to a traditional publishing contract that all begins with getting an agent to even look at an author’s manuscript. The process of heading towards publication begins with the initial query letter, a to-the-point letter and possible sample chapter or two that is written specifically to entice the literary agent into wanting to read more. Many authors find that their hard-born manuscripts never make it past the first step.

Inkubate, a new approach to the slush pile, is a website that will give authors an access portal to upload any or all of their manuscripts for free with the knowledge that agents and publishers will be scouring the site’s files looking for great literary content; for a fee, that is, as the agents and publishers will be charged a subscription fee to be allowed to peruse the manuscripts.

This model has some inherent flaws, according primarily to the comments left on the original article from Calvin Reid that appeared this week on Publisher’s Weekly’s website, namely that agents and publishers hardly need to pay for queries from authors. The more common scenario is that agencies have to close their doors to submissions throughout the year in order to catch up on the manuscripts they have agreed to read.

“I’m puzzled why anyone would think I’d pay for something I now get for free. In droves. The oldest problem in publishing is hardly finding good content. It’s finding the audience for that content,” commented Janet Sharque in response to the announcement.

After tracking down that commenter, her response to GoodEReader.com was this: “The publishing industry isn’t run by a bunch of callous ne’er do wells just looking to stomp writer’s hopes and dreams. If the slush was a problem, there’d be people trying to fix it from our side of the desk. Oh wait: people ARE doing different things with their slush. They’re using no response means no instead of auto replies; they’re closing to queries; they’re closing to everything but referrals. What they’re not doing is outsourcing even though plenty of those sites exist,” says literary agent Janet Reid of FinePrint Literary Management.

As more authors turn to digital publishing and the newer print-on-demand services like CreateSpace and BookBaby, it’s becoming harder to believe that the rise in popularity of indie publishing isn’t all related to the struggle that authors encounter with the traditional publishing industry as a whole, the slush pile being just one of those stumbling blocks.