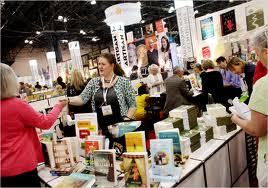 GoodEReader.com recently published two articles about publisher Algonquin, a division of the Workman Group, and its initiative to bring digital customers into their local bookstores. One promotion going on throughout the month of June offers a significantly discounted ebook with the purchase of one of twelve specific Algonquin trade paperbacks at any participating Barnes and Noble store. The other project, which has garnered a lot of attention from our readers, involves the bundling of a print edition with a code to receive the digital copy for free. GoodEReader.com followed up with Bob Miller, group publisher at Workman Group, Chris Parris-Lamb, literary agent at The Gernert Company, and author Hillary Jordan, whose book When She Woke will be the first book the publisher uses to experiment with this innovative model.

“I’ve thought about something like this for a couple of years,” says Miller of the logic behind the experiment. “Instead of having print compete with ebooks, instead of making the readers choose a format, a great idea would be to use the digital versions to help sell print versions. The ebook is not expensive to produce, but if we sell the ebook on its own we have to raise the price in order to make a profit. For now we’re going to try this out with When She Woke and see how this works out, then make a decision from there. If it’s popular, gets attention for the book, and helps out the booksellers, then it is something we can try again. It’s worth learning something from this attempt.”

“With this idea, we just felt that there was nothing to lose and potentially a lot to be gained,” adds Chris Parris-Lamb, the agent who represents author Hillary Jordan. “Ideally, we will be able to reach out to e-reader fans and encourage them to go to the local bookseller because they can have both versions for one price. It’s a winning venture for everyone involved—the author, publisher, reader, and the bookseller.”

Parris-Lamb has a strong affinity for the booksellers, as he credits the success of Jordan’s first novel, Mudbound, with the welcome reception it received in book stores as digital had really not taken off at that time. “Initially, the ebook sales of Mudbound were obviously zero, because the ebook wasn’t released for several months after the hardback edition was published. But within three years, we saw that Mudbound went from zero ebook sales, to as high as 30% of its sales being digital. It was the bookstores, though, that first brought traffic and sales to this book.”

Having gone from no ebook sales at the publication of her first book to almost a third of her sales being digital must have been a period of curious transition for Hillary Jordan. Now, with her second book, When She Woke, a dystopian novel set in America in a near-future in which the country has been taken in a very right-wing direction, about to hit the bookstores’ shelves paired with its digital cousin, Jordan may be feeling that this progression has been very fast paced.

“I’ve been astonished by the whole digital phenomenon,” comments Jordan. “I was resistant to ebooks for my own reading, but I’m on the road all the time and lugging books everywhere just wasn’t practical. I love my iPad, it even feels like reading a book when you turn the pages. I was reading several of my friends’ manuscripts and I took several books for myself when I traveled to Egypt for six weeks, all in my iPad. I’ve worried a lot about how e-reading affects the indie booksellers because I love them and we need them, and the economy has been hard on them. But whatever gets books into people’s hands, I’m for it, and putting the two versions together can reach every kind of reader.”

But how does the author actually feel about trying something so unprecedented with her cherished manuscript?

“One of the great things has been my outstanding relationship with Algonquin,” offers Jordan, “so any new idea they bring I’m going to be inclined to embrace, because they’ve really gotten behind me and my books.”