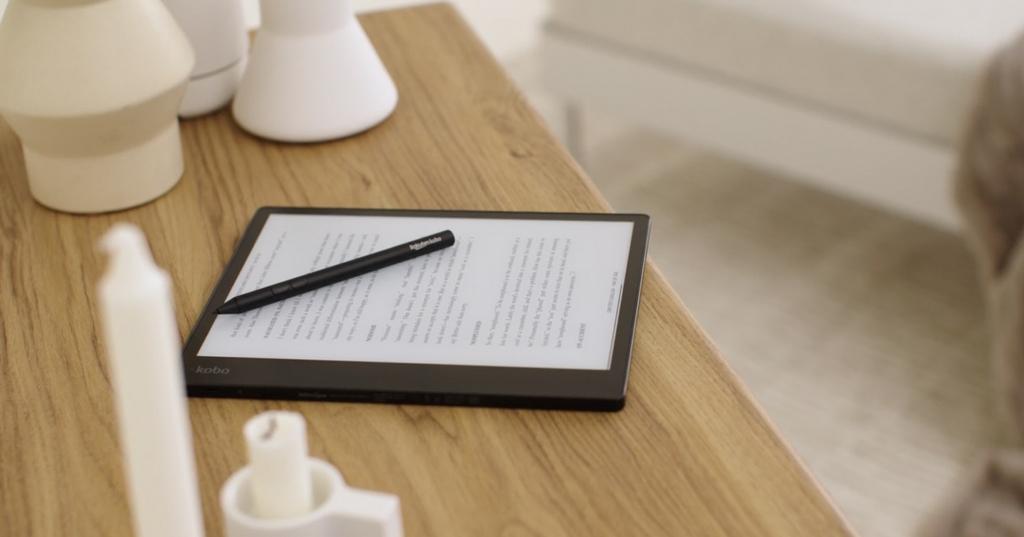 It all started with the first-gen Kindle that Amazon launched way back in 2007. With buttons and switches galore, it is a far cry from the sleek and svelte e-reader devices that we have now. In between, there have been a plethora of e-reader devices launched. Some survived to remain etched in our memories while some simply vanished.

Take for instance the Wexler.Flex One, the iRiver Story HD, or the Facenote N1. All came and went off without a trace. None seems to mind either. Then, on the other side of the spectrum, we have e-readers such as the Kindle DX, the Kindle Touch, Kindle Graphite, or the Kindle Paperwhite that were among the better-known e-reader devices. The Kindle Paperwhite, in fact, has been an iconic device subsequent version of it still remains in production after the first model was introduced in 2012.

Another interesting feature common to most e-readers that we have come across so far is the display, with most relying on the E-Ink display to offer a paper-like reading experience. All e-reader devices Amazon launched so far come with the E-Ink display while it kept its Kindle Fire tablet range separate.

Others such as Barnes & Noble or Kobo too have largely been reliant on E-Ink display for their e-readers but lack a distinct tablet segment similar to the Kindle Fire. So, there has been the Kobo Arc or the Nook Color, Nook Tablet, Nook HD, or the more recent Nook Tablet 2021 that all feature LCD displays.

Apart from the big three – Amazon, Kobo, and B&N – others such as Pocketbook, Tolino, Bookeen, or the Onyx too have made a name for themselves in the world of e-readers. Also, it is here that things begin to take an interesting turn. For some of the more exciting e-reader devices have come from not the big three but others relatively new to this segment.

For instance, there is the Onyx Boox Note Air and Nova 3, Smartbook V5 Color, Hanvon Smart Office 9701 E-Note, Reinkstone R1, to name a few. All of the devices offer E Ink displays and is an e-reader, tablet, and note-taking device all at the same time. Now, Kobo too has joined the ranks with its new Elipsa note-taking tablet and e-reader device.

This in fact makes for a significant development as this is the first time that one of the Big Three e-reader manufacturers has come up with an E Ink-based e-reader/ tablet device combo. It has just been weeks that B&N launched its new Nook tablet which again happens to be a Lenovo device with the Nook branding and may not be in the position to launch an e-reader/ tablet combo right away. So, it remains to be seen if Amazon gives in to the current craze for such devices and comes up with a Kindle variant of the same.

All of this also makes us wonder if the days of dedicated ebook reading devices are over. Also, what is hard to miss is that the latest innovation in the field of e-readers hasn’t come from Amazon, the company that started it all in the first place, or any of its big-name peers. But with Kobo joining the race, a similar device from Amazon can shake things up in the segment.

However, before writing off a standalone e-reader device, what seems plausible is that those won’t merge into oblivion right away. Rather, companies are more likely to have a mix of both e-reader/ tablet devices as well as the traditional e-readers even though the latter might see its demand contract a bit to accommodate the latest innovation.

In any case, the latest crop of e-reader and tablet devices does offer a lot of flexibility. The note-taking feature can be considered an added incentive though with the tablet aspect, you will either have to make do with the monochrome E-Ink display or the E INK Kaleido Plus that offers decent levels of colors. Sure you won’t have the vivid and dynamic color that an OLED panel provides for though it is still better to have some color than to have none of it.