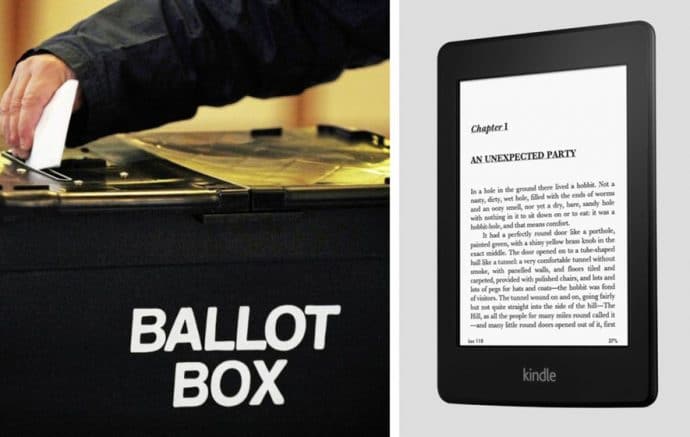 The Social Democratic and Labour Party in Ireland has accused an election polling station worker for reading on their Kindle. They say that it is a breach of electoral rules, “there must be a zero tolerance approach to any breach of the rules that are in place to guarantee fair elections” they said

The head election agent at the polling station in question said “One of our election workers was in a polling station early this morning reading a Kindle e-reader. “He had sought and received permission from the electoral staff on duty to use the e-reader and was openly reading an e-book for two hours. “For the SDLP to subsequently claim that this amounts to electoral fraud is as spurious as it is pathetic.”

Smartphones and tablets are against the rules to be used by people casting their ballots and people working at the polling station. Kindle is an electronic device that does have a built in internet browser that can be used to access the web.

It remains to be seen if the SDLP will file a formal complaint and seek to negate the results of the polling station due to the Kindle.