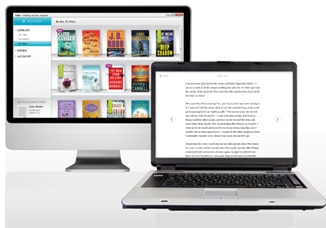 As if releasing a tablet that is priced to compete with Amazon’s Kindle Fire wasn’t enough work for one week, Kobo has announced that it will be launching a publishing division sometime after the beginning of 2012. The third-ranked ebook distributor and developer of the Kobo touch screen e-ink reader that was unveiled at BookExpo America this year has an opportunity to reach a captive audience, that is, a demographic who can’t yet utilize an Amazon Kindle store.

As Chris Meadows points out in an article for Teleread, Kobo has not finalized whether or not this will be an ebook-only digital platform like Kindle Direct Publishing or PubIt!, or whether Kobo will forge ahead into print publishing as Amazon has done through its traditional imprint, Amazon Publishing. Kobo has, however, already made mention of additional cover design and editing services for authors.

CBCNews actually spoke with Kobo CEO Michael Serbinis, who was quoted as saying, “It’s part of the new market and if you expect to be a number one player in that market globally it’s table stakes — you have to provide it.”

Currently, Kobo’s ebookstore carries self-published titles but those manuscripts must first go through an ebook distributor. This additional platform offers not only choice to more indie authors, but also to international readers vying for digital content for their e-readers who cannot access some other ebook publishing platforms. Also uncertain at this point is whether Kobo plans to launch the ebooks of traditionally published writers whose works are currently unavailable to those readers without Kindle store or Nook access due to international agreements.