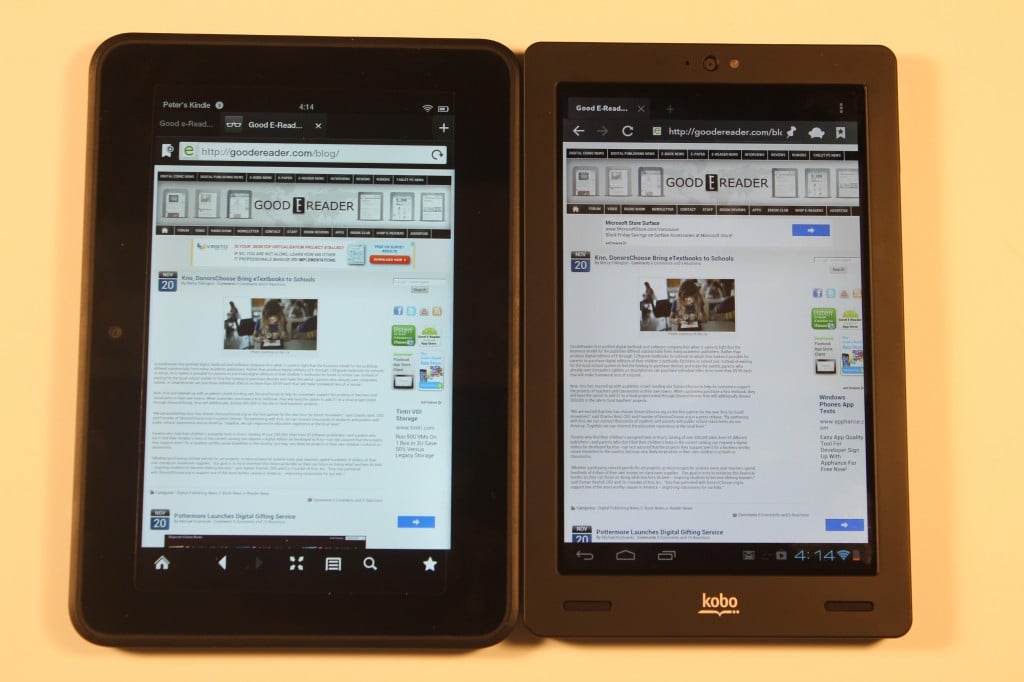 Amazon and Kobo have both released their second generation Android tablets. The Kobo Arc and Amazon Kindle Fire HD are both very good and should be high in demand on the road to the holiday season.

Today, we check out the main facets that differentiate both tablets from each other. Both devices are running Google Android, but have developed customized UI elements to make them stand out in a crowded segment. We will show you the ebook, e-reading, magazine, newspaper, and comic book experience. Finally, both do a fair job at video and audio, but we put them head to head to see which one’s better.