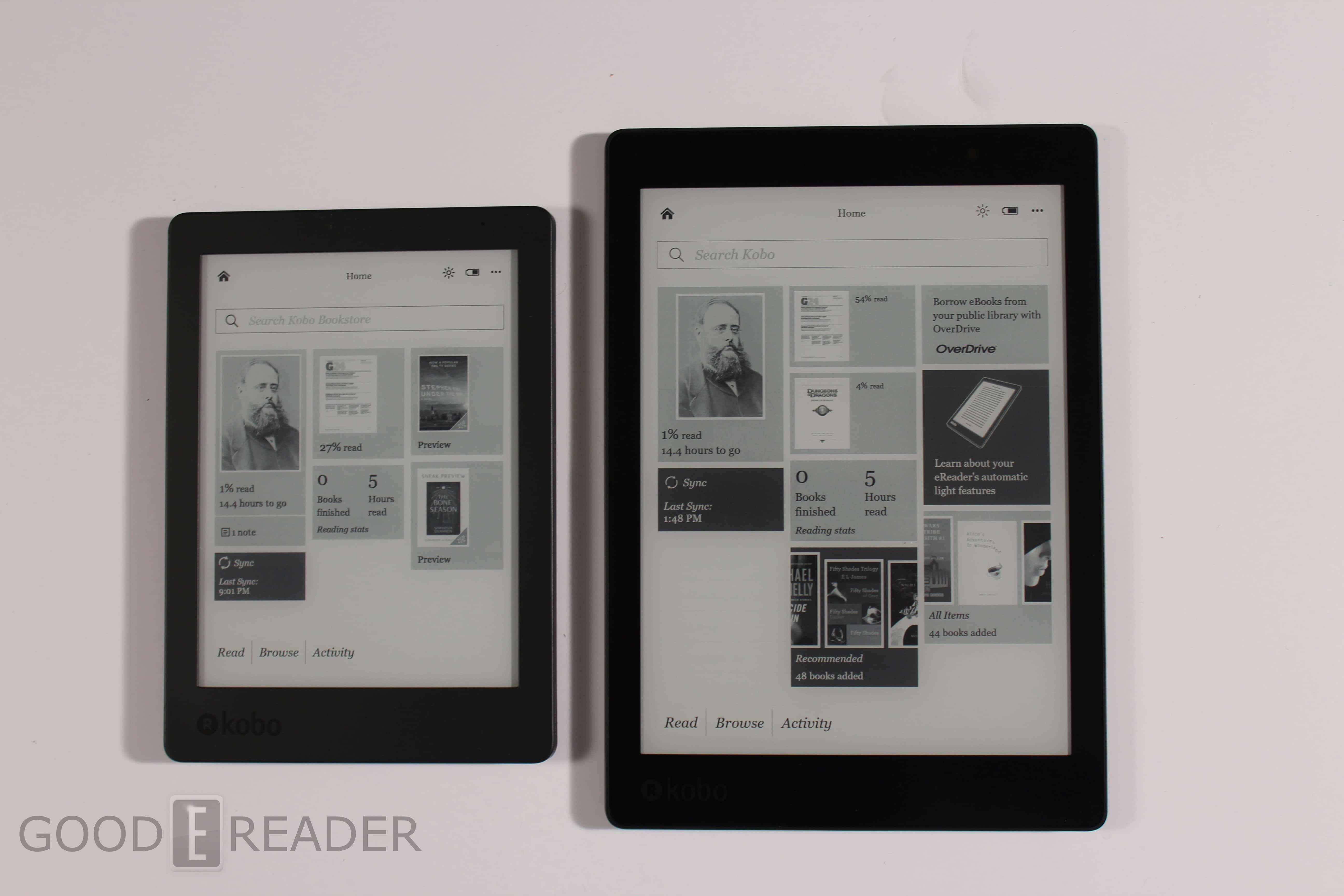 The Kobo Aura One and Kobo Aura Edition 2 are now available to order online in Canada, France, the Netherlands and the United States. They will begin shipping out to customers on September 6th and hit store shelves within the next two weeks.

We have reviewed both of these new e-readers and we will be posting the written version on our website and videos on our YouTube channel in the next few days. I think the Aura One is the better buy, because it features a 7.8 inch screen that makes reading e-books and manga a pure joy. It also has Overdrive functionality, so you can borrow digital content directly from your local library. I also dig the front-lit display, which is the best one Kobo has ever brought to market. There is no white blemishes where the LED lights are, and no cloudy areas.  This is also the first Kobo e-Reader that can automatically adjust the brightness, since it has a light sensor.