You are here: Home / e-Reader News / Kobo Aura One e-Reader is back in Stock on the Indigo Website 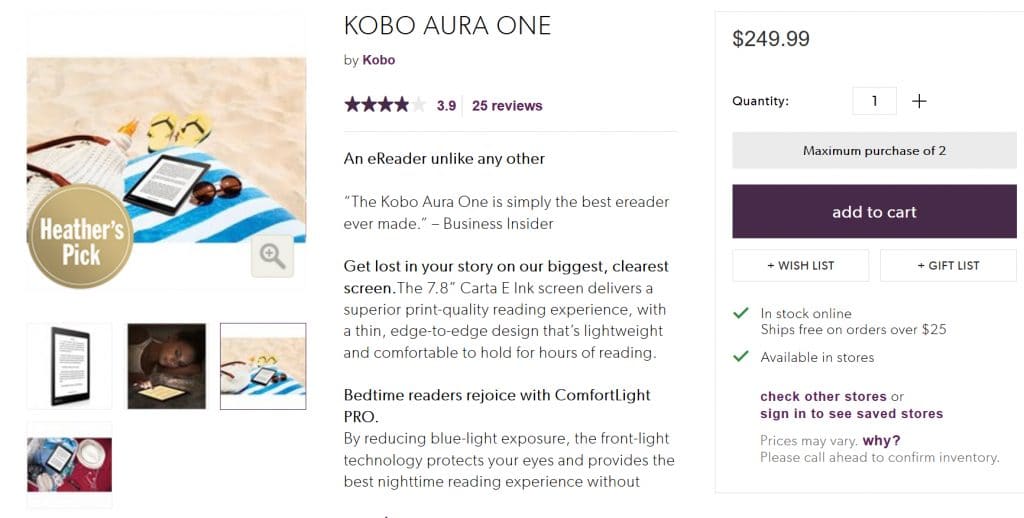 The Kobo Aura One e-reader is back in stock on the main Chapters/Indigo website after selling out in December. Canadian and US residents can now place online orders and have their devices shipped out right away. The Aura One is still not available on the main Kobo website after selling out in October, although the company has said that they are receiving new units sometime in the next sixty days.

Underneath the hood is a Freescale 1GHz processor and 512 MB of RAM, the same as you get with most new Kindles. There is 8GB of internal storage and there is no publicly available SD card. Instead, the SD card is grafted to the circuit board and powers the Linux operating system.