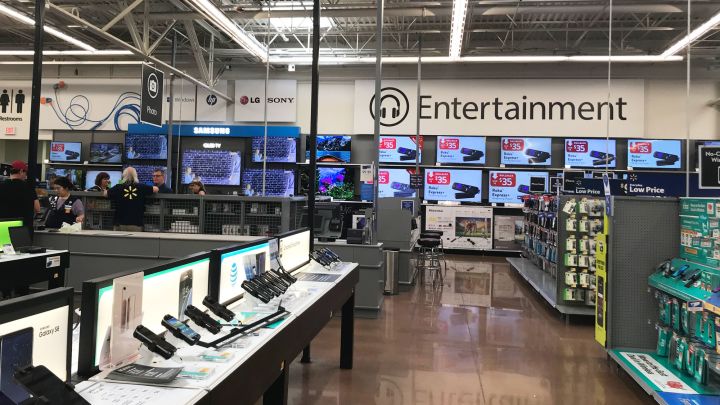 Walmart is been expanding the tech department in many of their retail stores and expanding the floorplan to put a bigger emphasis on laptops and its massive wall of flat-screen TVs. The company is also more focused on bringing in top-selling brands at an affordable price, like Lenovo.  Walmart sources have disclosed to Good e-Reader that in the first two weeks of August Kobo e-readers will be available, in addition to other new tech products.

Walmart plans on selling audiobooks and ebooks on their website and has been totally redesigning their online shopping experience. The changes will be all encompassing and include a visual makeover, the introduction of new personalization elements, as well as dedicated sections for specially shopping experiences. The Home and Fashion sections launched earlier this year, but the new site is not up yet, but will be soon.

It remains to be seen if they can make money on a declining  product category: last year, Americans bought about 490 million e-books, or roughly 17% of the book market. Digital books as a percentage of total sales peaked at about 23% five years ago and have since slipped.  Walmart’s U.S. online sales rose 50% in its most recent full quarter, so there is an obvious market for online shopping. Currently there are no mainstream e-readers in Walmart stores, they booted the Kindle out years ago and are making most of their money with tablets, such as the iPad.

The Kobo brand will play a small, but meaningful role for Walmart stores. The company will be able to make money selling the hardware and get a cut of every ebook purchased on a users device. They will also be able to generate additional revenue whenever a user purchases an audiobook on their website or via the new co-branded e-reading app for Android and iOS.