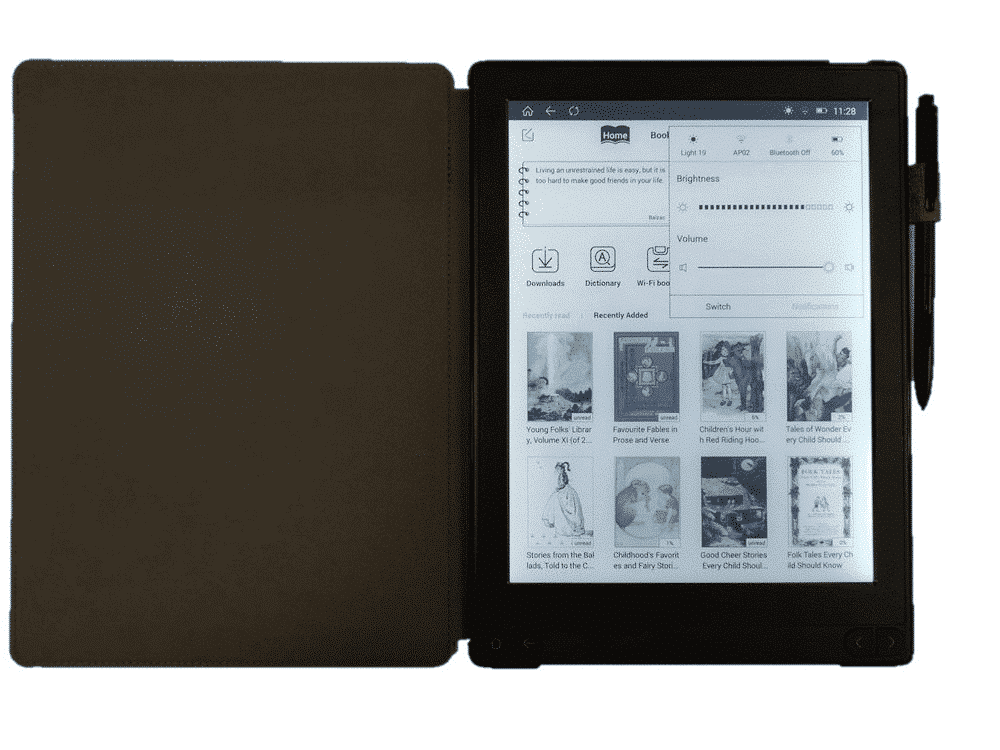 Internal Boyue management wanted to kill this tablet, but it looks like the company decided to do a limited release of the Likebook Note anyways. This device is now available for $419 and is only able to be purchased from Aliexpress and comes with a case and free shipping.

The LikeBook Note features a 10.3 inch E-Ink Carta display with a resolution of 1872×1404. It has a capacitive touchscreen display and an unknown layer for the interacting with the screen with a stylus.  It also has a front-lit screen, so you can read in the dark. 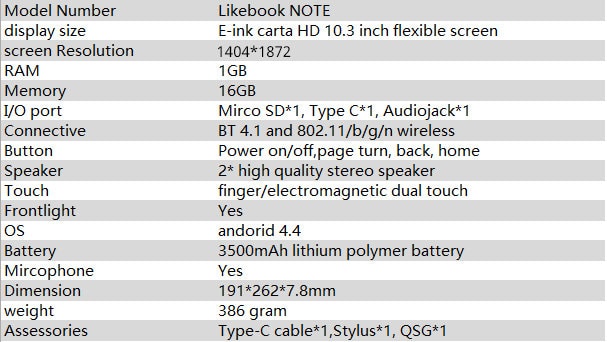 Underneath the hood is a 1GHZ Freescale processor, 1GB of RAM, 16 GB of internal storage and it has an SD card to enhance the memory further. You can listen to music and audiobooks via the stereo speakers or the 3.5mm headphone jack. The battery is a respectable 3500 mAh and it can be charged via USB-C.

The LikeBook Note is running Android 4.4.2, but there is no word yet if users will be available to install apps from Google Play or if it has the ability to sideload in your own apps.

The front of the unit has a few buttons that can be used instead of the touchscreen. You can click on Home, Back and turn pages forward and backwards. The screen also appears to be completely flush with the bezel.

There is weak demand for 10.3 inch e-readers in 2018. The Sony Digital Paper DPT-Cp1 is not really selling well after the initial wave of pre-orders on Amazon, hardly anyone is talking about or reviewing the device either. The 10.3 Inkbook Infinity that is coming out later this year might suffer a similar fate. I think that the Likebook Note has many hurdles to overcome, such as poor availability for non-Chinese users and lackluster specs.