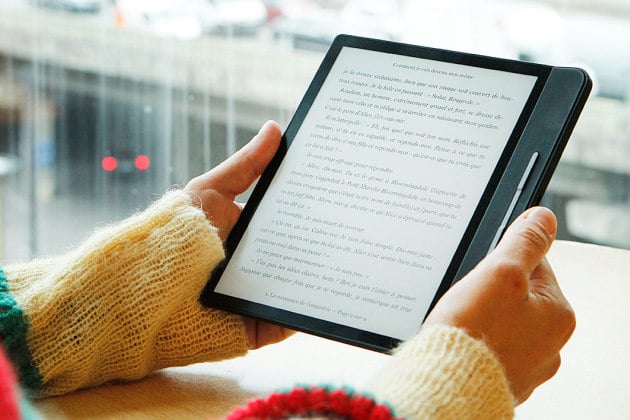 Kobo released the Forma e-reader last month and the only model available was the 8GB edition. The 32GB version was only available in Japan, but that has changed. Kobo is now selling both models directly on their website for customers in Canada and the United States. You can choose what storage option you want during the checkout process.

You can now purchase the 8GB version of the Forma for $299 in Canada and the 32Gb for $349. In the United States the 8GB model is a bit cheaper, due to the stronger dollar, the 8 GB is $279 and 32GB is $329.  Kobo is currently not selling the higher storage version in all countries yet, so if you want to get one right away Good e-reader has the 32GB version in stock for $369.

The Kobo Forma has a giant 8 inch capacitive touchscreen display with a resolution of 1440 × 1920 and 300 PPI. Many e-readers are using Carta HD or Mobius for the screens, but Kobo is using both. It is using a color temperature system that is really solid due to the 17 LED lights.  You can make the screen, cold, warm or white, which emulates a real book. The Forma is also waterproof with a certified IPX8 rating, so you will be able to use it at the beach in the bathtub and it can be completely submerged for up to 60 minutes.