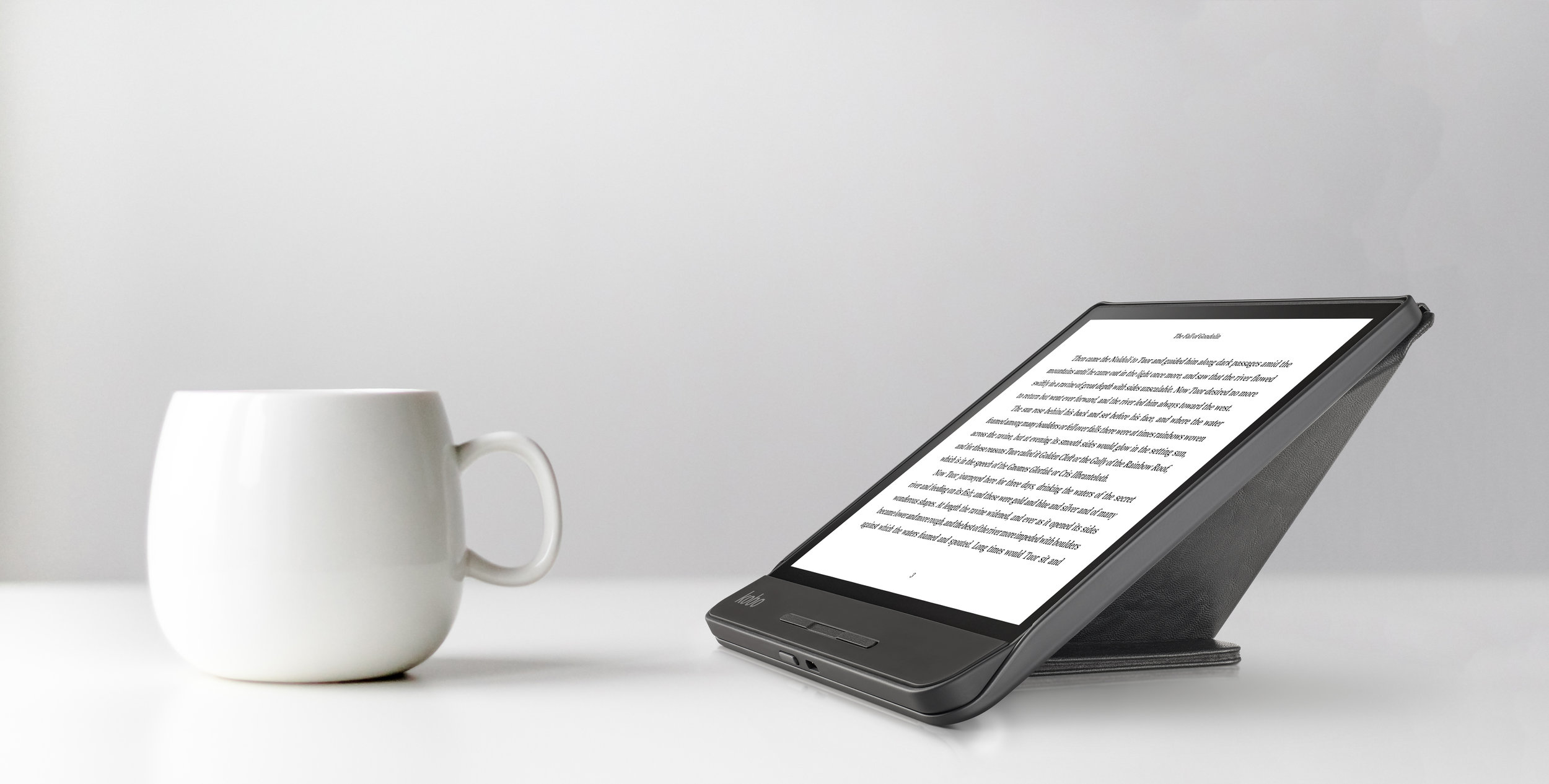 The Kobo Forma is now on sale and this is good news for anyone who is looking for an e-reader with an 8 inch screen and has access to Dropbox and Overdrive. Ever since the Sage came out, it was only a matter of time, before Kobo discounted their older model. The Forma is available from Amazon.com for $209 and on the Canadian version of the site it is $259 and on Chapters Indigo it is the same price. Overall, you are receiving a $40 to $50 discount with all of the various savings.

The Kobo Forma came out in 2018 has a giant 8 inch capacitive touchscreen display with a resolution of 1440 × 1920 and 300 PPI. Many e-readers are using Carta HD or Mobius for the screens technology, but Kobo is using both. Kobo employs a front-lit display and also a Comfortlight color temperature system, so you will be able to read at night. The device has both white and red LEDS on the bottom of the screen and project light upwards. There are 17 lights total for even light distribution across the screen. You can make the screen, cold, warm or white, which emulates a real book. The Forma is also waterproof with a certified IPX8 rating, so you will be able to use it at the beach in the bathtub and it can be completely submerged for up to 60 minutes.

Underneath the hood is a Freescale/NXP IMX6 Solo Lite 1 GHZ processor. It has 512MB of RAM and has two different storage options, 8GB and 32GB. The 32GB version initially will only be available in Japan, but it should have wider availability in more markets next year. Choosing the right storage option is important, because the Forma does not have expandable storage via an SD card. It also has a power button and USB port for charging.

I think the Forma used to be their best e-reader in the Kobo portfolio, but for $50 more you can buy the Kobo Sage, which has better screen technology, which results in fast page turn speed, and also navigating the store. It also has USB-C, support for the Kobo Stylus to draw inside of ebooks or PDF files and also has double the internal storage.