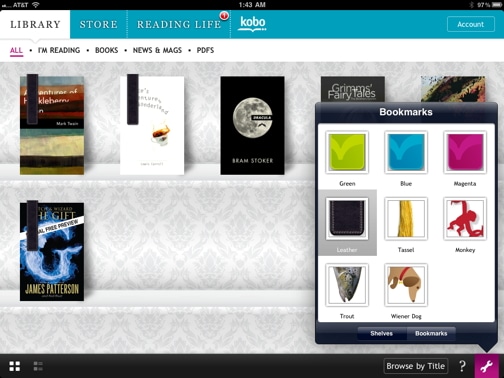 Today Kobo has added support for more languages on the Apple iPad and iPhone: French, Spanish, Italian, German, and Dutch. These new languages come at the perfect time! The company has been very busy in the last six months entering new European markets. Now you are not limited to your Kobo Vox or Kobo Touch for reading foreign languages, but can also access the various languages through the iPad and iPhone. Kobo also added a new Storage Management feature to select which books to keep on your device.