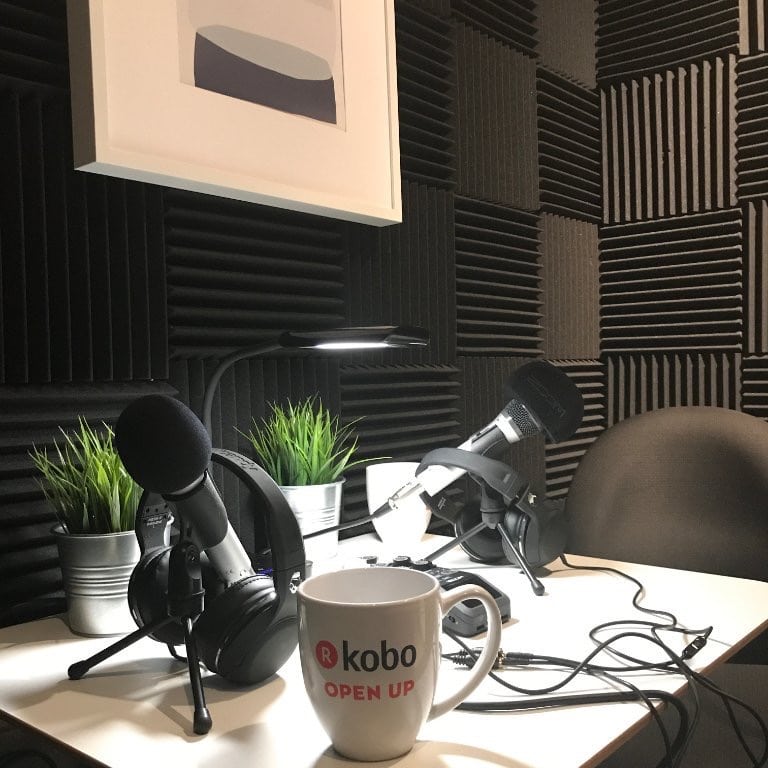 Kobo is one of the largest digital bookstores in the world and they recently got involved in the audiobook space. They sell audio titles on an individual basis, but you can also pay a monthly subscription fee and save some money. One of the big movements within the company is Kobo Original Content. Kobo Originals program, offering readers exclusive original eBook and audiobook content. Kobo is working closely with industry partners to find great titles to make available in digital format to Kobo customers in France, the Netherlands and Canada. Kobo plans on launching their own podcast sometime in the next few weeks, which will booster their audio portfolio.

Kobo has built a podcast studio in their Toronto headquarters. They will be conducting interviews with a myriad of authors and famous people who often visit the office to sign autographs or give a speech to the executives or general staff.

There is no word on when the Kobo Podcast will officially launch, but it should be sometime in the next few weeks. Podcast episodes will be apart of the Kobo original platform in a bid to draw attention to it, it remains to be seen if they will be integrated into the Kobo Audiobook platform.