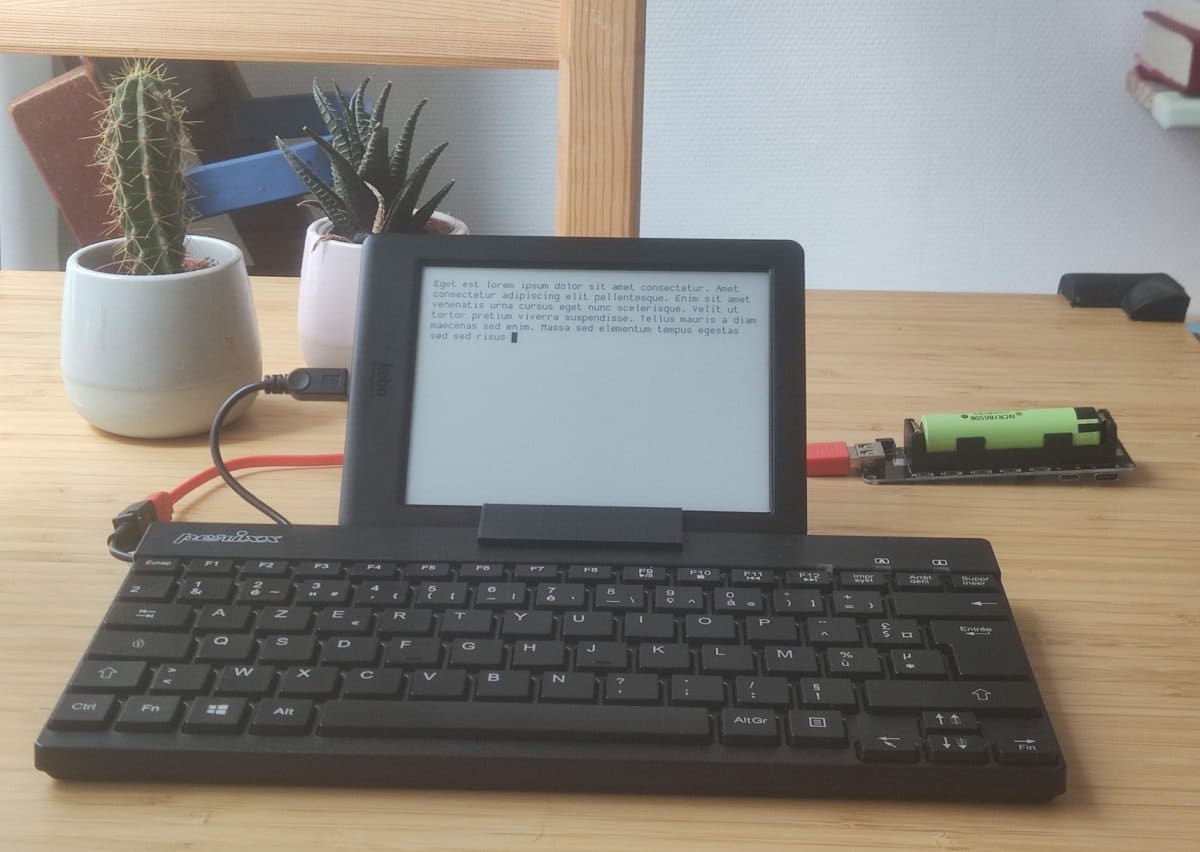 Here’s introducing the new Kobowriter which essentially is an E Ink typewriter that has been made out of a Kobo eReader. So, this isn’t anything new that Kobo has to offer. Rather, it is the work of some enthusiasts who hit upon some ingenious ways to make good use of the USB port that the Kobo eReader has to offer. However, it is specifically the Kobo Glo HD that has been made to work in tandem with a keyboard so that the eReader device ends up functioning as sort of an E Ink typewriter as well.

A nice thing about the Kobowriter is that it comes across as an open-source tool that is available for free. The tool includes a modified kernel which when installed on the Kobo Glo HD device allows it to accept any input made via a keyboard device. The tool is also inclusive of the Kobowriter software which aids in creating and editing text documents.

However, the tool right now is only compatible with the French keyboard. Anyone willing to deal with other languages will have to make the necessary changes to the underlying code. The same is also true if other devices are needed to be brought under the ambit of the Kobowriter. Also, the Kobowriter will only function when it is coupled to a keyboard with its own power source or is able to draw power from an external source. This is important since the Kobo eReader does not output any power via its USB port.

Another huge positive with Kobowriter is that it does not have any bearing on the Kobo device functioning as an eReader. It’s just that there is a small tweak to be made each time you need to use the Kobo to read eBooks. Whenever the Kobo device is turned on, there is the XCSoar launcher app that will appear which will let you choose whether you’d like to use the device to use as an eReader or as a Kobowriter.

Opting to run the Kobo software necessary for reading eBooks entails disabling the USB-OTG. The process has to be repeated once you need to use the device as an E Ink typewriter, which is when you select Kobowriter in the start-up screen. This way, you have both an eReader as well as an E Ink typewriter at your disposal. The necessary code can be found on the GitHub page here.