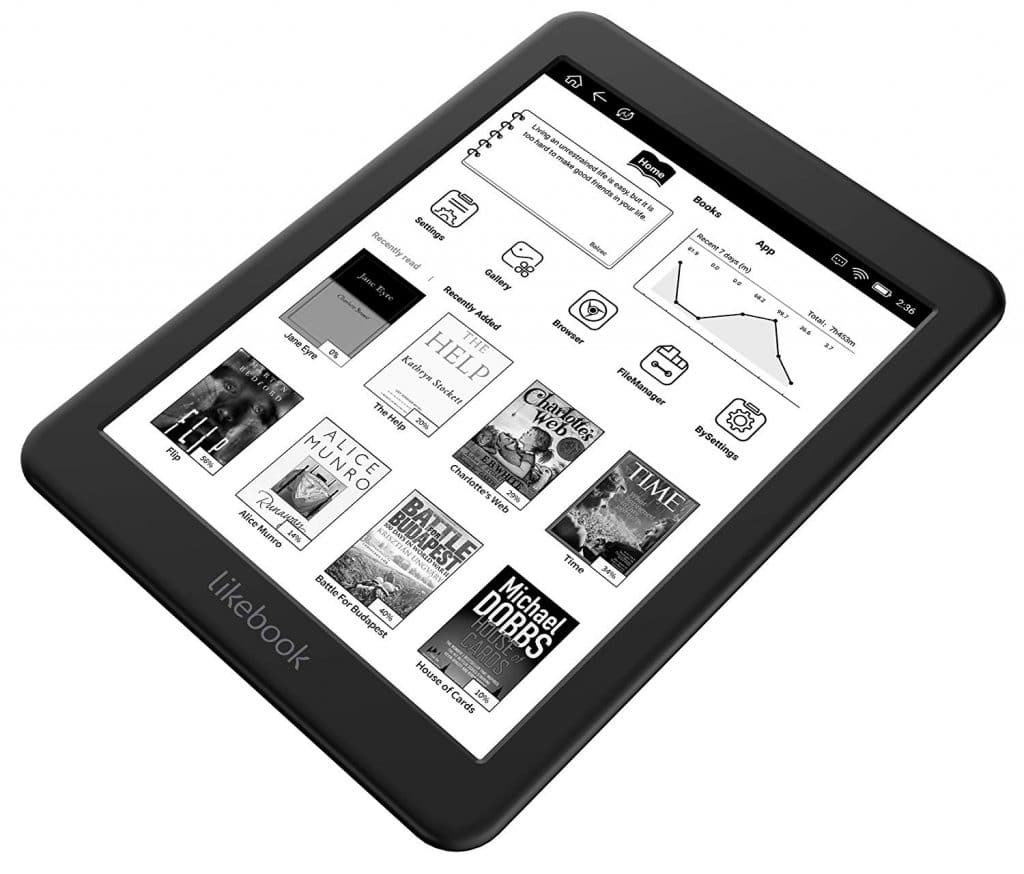 The Boyue Likebook Mars holds the distinction of being the best e-reader of 2018. It got an 9/10 on our comprehensive review and Good e-Reader made the decision to carry this product in the Online Store.

There are over two dozen new e-readers released every year and many of them are not worth your time. Good e-Reader only carries a select number of units and each model carries our stamp of approval. No matter what e-reader you purchase, it has been reviewed and vetted. The Likebook Mars is really exciting,  but it has poor availability. There is one 3rd party seller on Amazon that has a single unit and otherwise is only available in China. We decided to make it available for people who live in North America and Europe and it will be shipped from our warehouse in Vancouver, BC. It is available via pre-order and it should be shipping out in a couple of weeks. Boyue is putting the finishing touches on a new firmware update that will unveil Google Play  and there be  some localization enhancements for the English market.

The Likebook Mars features a 7.8 inch  E Ink Carta touchscreen display with a resolution of 1782×1448 and 300 PPI.  It has a front-lit display system with 17 LED lights, the vast majority of them are white and the rest are orange to give a candlelight effect. Many e-readers that have a color temperature system have two different sliders, one for each. The Boyue has one slider that controls the luminosity of the white LED lights and if you hit the moon button you can control the brightness of the candlelight effect. I like this condensed approach, it minimizes the amount of space the lighting control system takes up.

Underneath the hood is a 8 core 1.5 GHZ processor with 2GB of RAM and 16GB of internal storage. This is the first e-reader ever made with an octa-core processor. It also has support for Bluetooth, WIFi, 3.5mm headphone jack, but doesn’t have built in in speakers.

The Mars has a SD card, something many companies seem to be forgoing. Kobo no longer includes an SD card in any of their e-readers and ditto with the Kindle. Even Onyx Boox has decided to not include expandable storage to any  of their higher priced Note e-readers. Mars supports an additional 32GB.

Orday it today from the Good e-Reader Store.