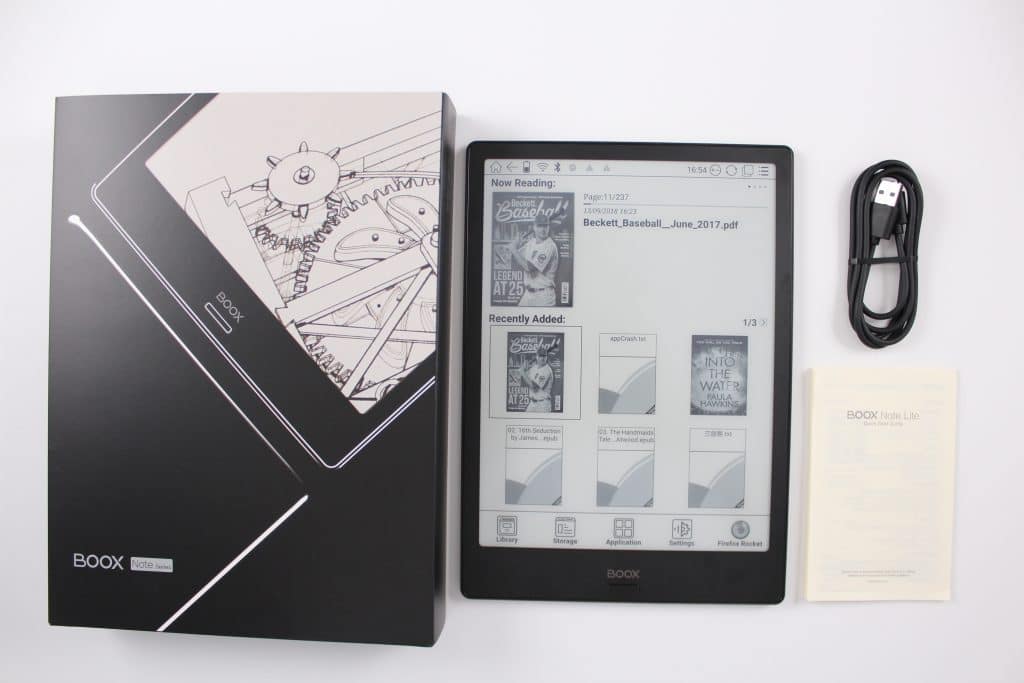 The Onyx Boox Note Lite is a new e-reader that has the same design as the 10.3 Note that was released earlier this year. The main difference is that it does not have a digitizer layer or come with a stylus, it is a dedicated ebook reader that has Android 6.0 and incorporates an ultra fast quad-core processor.

I believe this is the only 10.3 inch e-reader on the market that does not have any note taking functionality. This helps reduce the price by over $10o, which makes it a viable investment.

The Note Lite features a 10.3 inch flexible capacitive touchscreen display with E Ink Carta. The resolution is 1872×1404 and 227 PPI.  Underneath the hood is a 1.6GHZ quad core processor, 2GB of RAM, dual speakers, mic, Bluetooth, 32GB of storage and USB C. Sadly it does not have a front-lit display, so you will not be able to read in the dark.

The Note Lite retails for $469 dollars and can be purchased from the Good e-Reader Store.