Introducing the Onyx Boox Note Lite! This device is a dedicated ebook reader and does not have stylus support like the other models! You get a high performance quad-core processor and more storage than you can shake a stick at! Android 6.0 and Google Play will ensure that you have no shortage of apps to download. 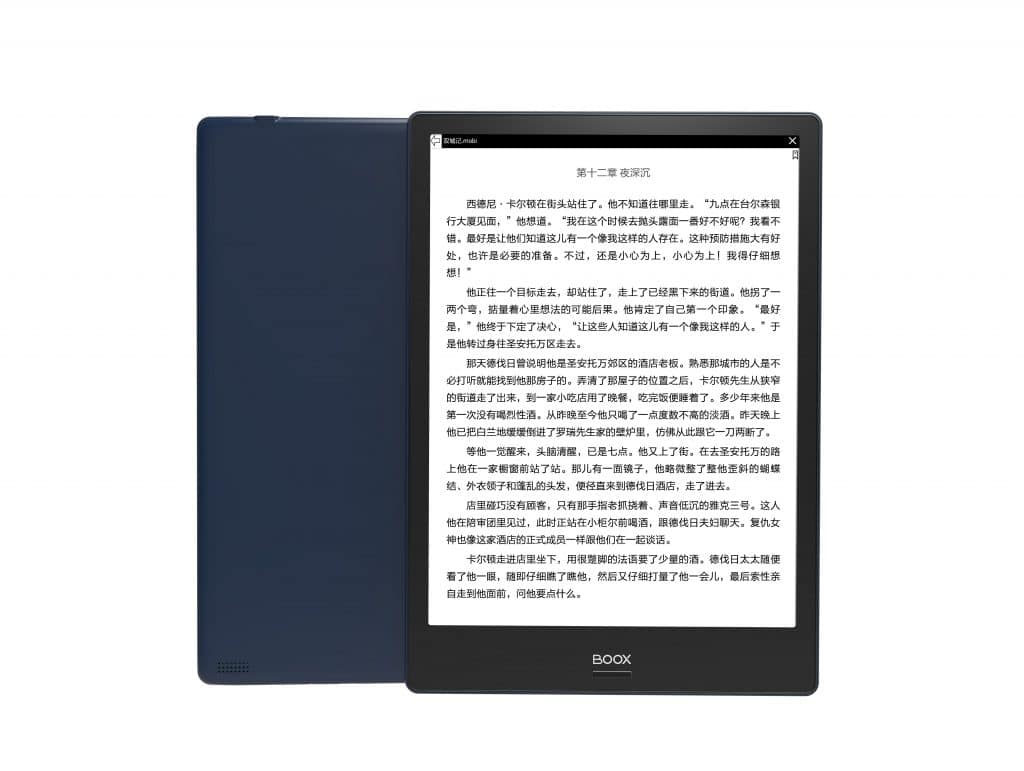 The Onyx Boox Note Lite is a new 10.3 inch e-reader that forgoes the WACOM digitizer layer and only has a capacitive touchscreen display. The Note Lite is geared towards people who want a large screen e-reader to read comics, books, manga, magazines, newspapers and PDF documents.

The Note Lite features a 10.3 inch flexible capacitive touchscreen display with E Ink Carta. The resolution is 1872×1404 and 227 PPI. Underneath the hood is a 1.6GHZ quad core processor, 2GB of RAM, dual speakers, mic, Bluetooth, 32GB of storage and USB C. Sadly it does not have a front-lit display, so you will not be able to read in the dark.