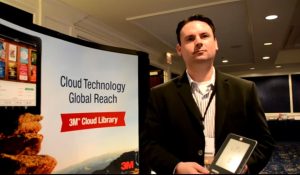 Three public library systems in Minnesota, overseeing a total of twenty-five individual libraries, became the most recent of the eighty library systems across the country to benefit from 3M Cloud Library eBook Lending Service’s help in utilizing ebook lending for their patrons. Library representatives have been quoted as pointing to the quality of titles, the ease of search functions, and the necessity of having a large catalog of content to choose from as reasons for adopting this service.

This partnership with the Dakota, Washington, and Ramsey counties could be seen as a homecoming of sorts for 3M and its employees.

“It’s very rewarding to launch with these neighboring libraries, as a significant number of 3M employees live in Ramsey, Dakota, and Washington Counties,” said Tom Mercer, Marketing Manager, 3M Cloud Library, in a press release. “There is a tremendous amount of excitement at 3M about the Cloud Library system and now even more 3M employees and neighbors can easily access the system from their local libraries.”