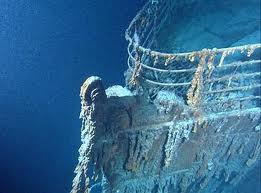 One of the great benefits of digital publishing is its flexibility and the capability for ebooks to bring something for every reader. Like Amazon’s Kindle Singles or Atavist’s shorts, these ebooks are generally in the range of 5,000 to 30,000 words and are reviving interest in a variety of short form literature.

Now, National Geographic is joining the digital short arena with titles that will appeal to its audiences while staying under 15,000 words. The first four titles will release beginning March 20th with two short ebooks, followed by two more this spring. After the initial four-book phase, plans are underway to release one short ebook per month.

One of the aspects of short form digital publishing that has made it popular for both readers and publishers is the ability to bring a sense of timeliness to current issues, while still providing readers with more content than a typical magazine article.  Tomorrow’s first release from National Geographic, for example, is Titanic: Uncovering the Secrets of the World’s Greatest Shipwreck; this ebook release is aligned with the 100th anniversary of the disaster.

One of the benefits to these short form ebooks is the need to balance content with paid advertising space is eliminated, allowing the readers to enjoy more in-depth information and offering the author the opportunity to explore his topic more fully than with the current standard for periodicals. At the year’s Digital Book World event, Atavist founder Evan Ratliff, another pioneer in ebook shorts, explained the attraction for readers who are enjoying the increasing amount of titles available in both the essay and short story categories.

With the move to ebook shorts from National Geographic, hopefully more respected magazines and newspapers will begin to offer longer content for digital reading fans that can fully explore topics of interest. The ebooks will  be released tomorrow through National Geographic’s store.