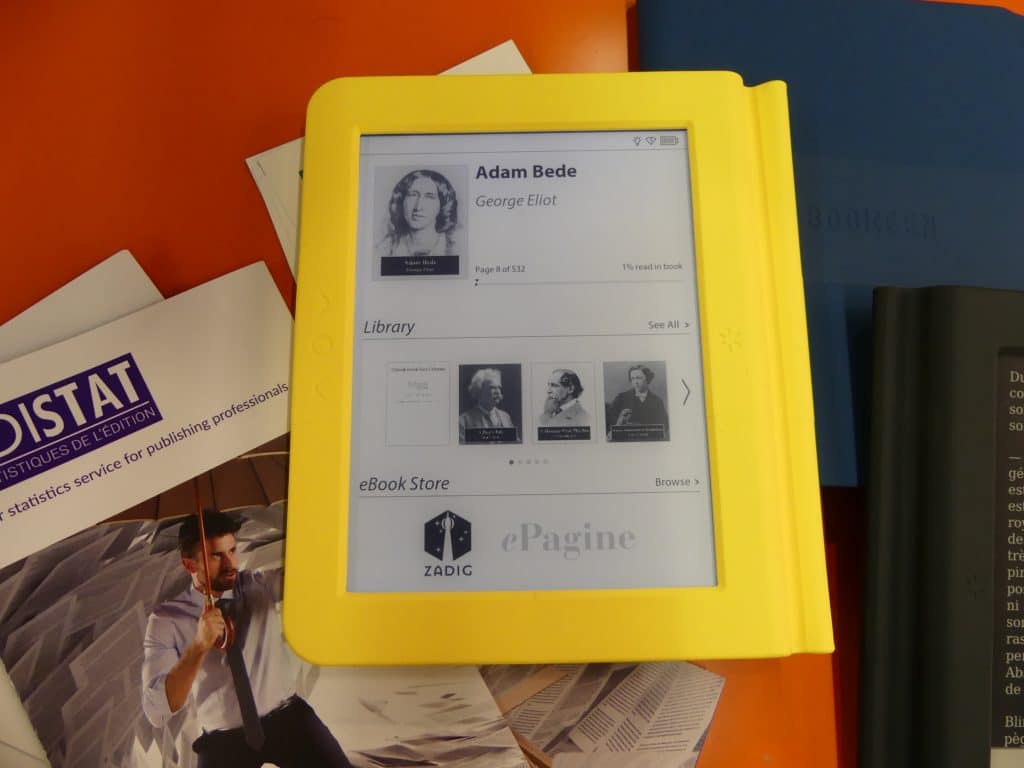 Bookeen has just announced a new e-reader that has the same characteristics as the Nolim, which they released earlier this year.  The Bookeen Saga has a built in case that is available in black, green, yellow and blue. It features a six inch Carta display with a resolution of 1024 × 758 and 213 PPI.  You have around 8GB of storage to store your e-books  It has 4 buttons on the unit that turn pages of an e-book and also access the main menu and enable/deactivate the front-lit display. It also has an accelerometer to automatically change the right / left hand position, and its smart cover directly integrated into an elegant silicone all-in-one, turns the device on and off automatically.

The Bookeen Nolim was designed exclusively for Carrefour and sold in 1600 locations in France. The Saga is basically the same e-reader, under a different name. The intention behind the Saga is for Bookeen to market this device all over the world. It is available for pre-order in Switzerland, Finland  in Germany  and Sweden. Bookeen is doing very well in Brazil and South America in general, so expect this e-reader to be available there as well.