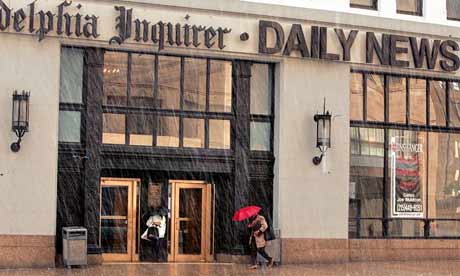 The print newspaper publishing industry has been on edge for the past several years, watching in horror as highly respected and reputable news outlets with decades of experience and readership behind them close their doors. Many critics blame the business model as a whole, given that most newspapers report news that happened twenty-four hours prior to the issue hitting the newsstands, a fact that subscribers aren’t willing to overlook when there are online and live-streaming news options to be had. Advertising revenue has been dropping in conjunction with lower subscriber numbers, hitting the newspaper industry financially from both ends.

The tablet giveaway is aimed at luring in a younger demographic of readers who currently get their news via online sources, specifically those who are already using the philly.com site regularly. The papers have a combined digital readership of about 35,000 subscribers, and Philadelphia Media Network hopes this initiative will increase that number by providing the device on which to run the apps that will allow users to read the papers’ content online.

While details on which tablets and features will be included with the digital subscriptions have not been released, a spokesman for the paper did mention that the decision to go with an Android device was an intentional attempt to avoid the sticky fees that come with using the Apple store for subscriptions.

Some in the industry think this is only a temporary fix for a larger problem, but don’t see that any harm can come from it. The tablets aren’t even purchased for this initiative yet, but already some outspoken opponents have already pointed out that Android-specific apps may be too little, too late in an era of web apps that allow the readers to access the content from any device with a web browser. A spokesman for the paper was quick to point out that this was not an attempt to convert the newspapers to a purely digital format, but rather an attempt to salvage readership numbers by reaching out to those consumers who prefer to get their news online.