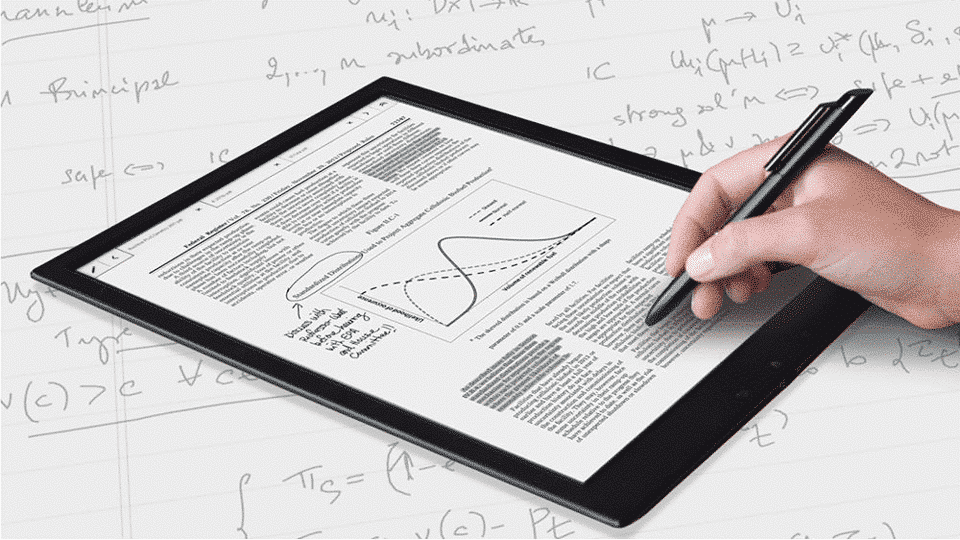 Sony is creating a new version of their Digital Paper 13.3 to replace the aging DPT-RP1 that came out in 2017.  It was supposed to be released this year, but the company made the internal decision in Japan to delay it until April or May 2020. Sony Japan primarily designs the Digital Paper and they do the manufacturing in China. The software experience is undergoing a bit of a tweak, due to professional feedback from their business customers in the US.

The next generation Digital Paper will have a different stylus than the models before it and the device will more or less look the same. The hardware will be a bit more robust, instead of a quad core processor, it will use an octa-core and have 2GB of RAM, instead of 1GB found on the RP1. User storage will also be increased, due to a new version of Android that is being employed, I have heard it will have 32GB, instead of the 16GB used now.

Then new DPT will also leverage the Digital Paper app to transfer PDF and notes to your device and from the device, to a computer. It is also used to run firmware updates, when Sony occasionally releases them. It remains to be seen if it will still have NFC, which is basically just used to unlock it with a FeliCa card, which is big in Japan, but nobody in the US uses it.

The only thing that I have not really heard about is the overall software experience. It will likely still show you all of your notes as the default menu and the top-down menu that allows you to access various aspects of the device. I have heard Sony has been looking at all of the other digital note taking devices on the market, such as the Remarkable, Onyx Boox Note, Likebook Alita and others. They want to modernize the note taking experience. Might I suggest pressure sensitivity?