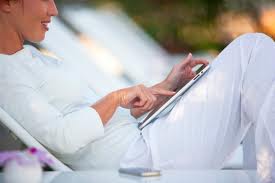 Apple made a few headlines this year with the anxiety over its app subscription model. Consumers were more than a little displeased to find out that their favorite magazines were costing upwards of $250 a year, the same as the newsstand price, to read them on their iPads. At the same time, big-name retailers had a battle of sorts with the tablet giant over the ability to send customers to their purchasing portals. But that’s not the real news behind why certain magazines are outselling iPad editions on the Nook Color. It comes down to simple marketing.

“The Nook Color has surprised publishers of women’s magazines like O, The Oprah Magazine, Cosmopolitan and Women’s Health by igniting strong sales that rival — and in some cases surpass — sales on the iPad,” says Jeremy W. Peters in an article in the New York Times.

While the iPad has been marketed as a combination do-it-all machine and grown man’s toy, if you will, Barnes and Noble took the quiet road with its target audience, literally. Commercials for the device, which has been on the market for less than a year, show women lounging on beaches or reclining for a few stolen quiet moments overlooking the backyard where their children play. The last thing Nook’s key demographic wants is an expensive device that lets you multi-task on fifteen different mini-screens at once.

And that price may have played a huge part in the higher sales to women. For a consumer group that has a notorious stereotypical reputation for not spending money on itself, the Nook Color was at a far-less guilt-inducing price point than the iPad, while still affording women the convenience of portable subscription-based reading and downloadable apps.

While Barnes and Noble will not reveal specific sales numbers for the Nook other than to say it is in the strong millions, several magazine publishers have now come forward with the information about how their sales are faring on the Nook Color versus the iPad. Magazine publishing families Meredith and Hearst are outselling women’s magazines on the Nook by an average of two-to-one over iPad numbers, allowing for the fact that some of the women’s magazines they publish are still not available by subscription on the iPad. Publishing mainstay Rodale, which publishes Runners’ World, Women’s Health, and Prevention, just to name a few, now reports that it sells five times as many subscriptions on the Nook Color as it does on the iPad.