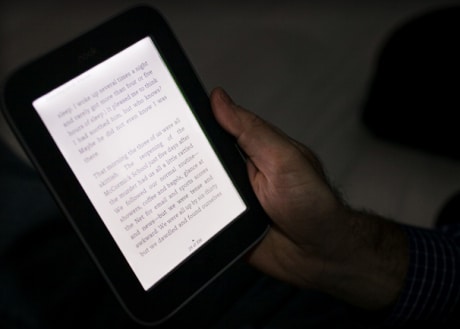 The Barnes and Noble Simple Touch with Glowlight is currently the only pure e-ink reader on the market that allows you to read in the dark. There is so much demand that people who pre-ordered it are still waiting for the reader. New orders are estimated to take up to two weeks for them to ship out and many retail locations have no stock available.

Barnes and Noble Store locations in most of the USA have little to no stock available if you are looking for their latest e-reader. We have been in touch with over thirty retail locations in Washington State, Oregon, California, and Florida. All of the various B&N bookstores have told us that they only received 5 to 8 units per store and most were only available to people who called the store to reserve them before they officially came out.

There is a massive shortage in most of the USA for the new Barnes and Noble Simple Touch with Glowlight. Expect to see delays across the board in both the retail sphere and online. If you are lucky enough to have a location near you that has these, leave a comment below.