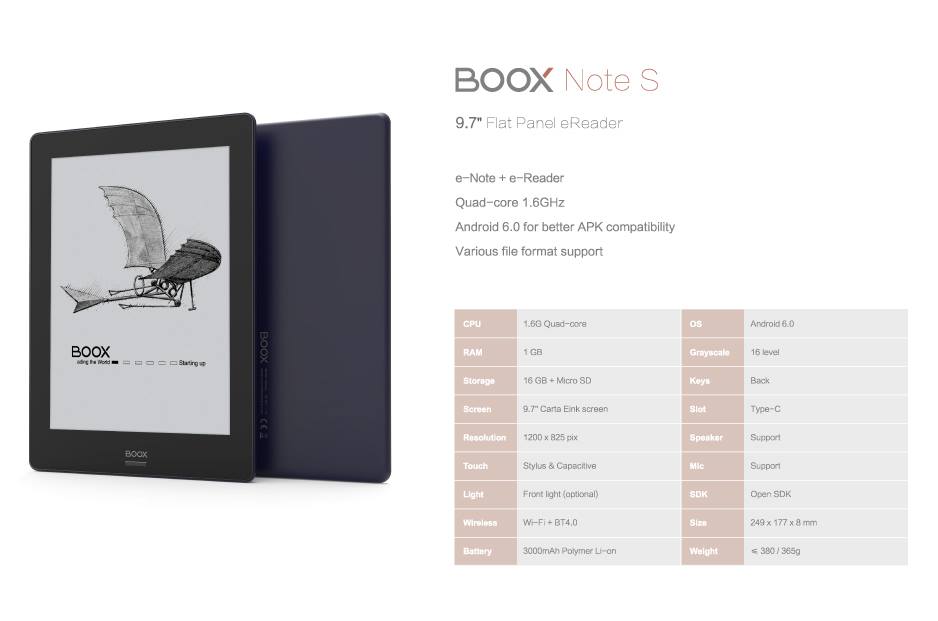 Onyx has just announced a smaller version of the Boox Note and it is going to be called the Note S. This device will be 9.7 inches and will be less expensive than the 10.3 inch model. There is no word yet on when it will be released or how much it will cost.

In comparison the Onyx Boox Note 10.3 inch features a flexible E-ink Carta display and a resolution of 1872×1404 and 227 PPI. Underneath the hood is a 1.6GHZ quad core processor, 2GB of RAM, dual speakers, mic, Bluetooth and USB C and is powered by a giant 4100 mAH battery.

I really liked the 10.3 Boox Note, it will be interesting to see if less RAM, a slower processor, a smaller screen and battery will make the Note S sluggish or not.