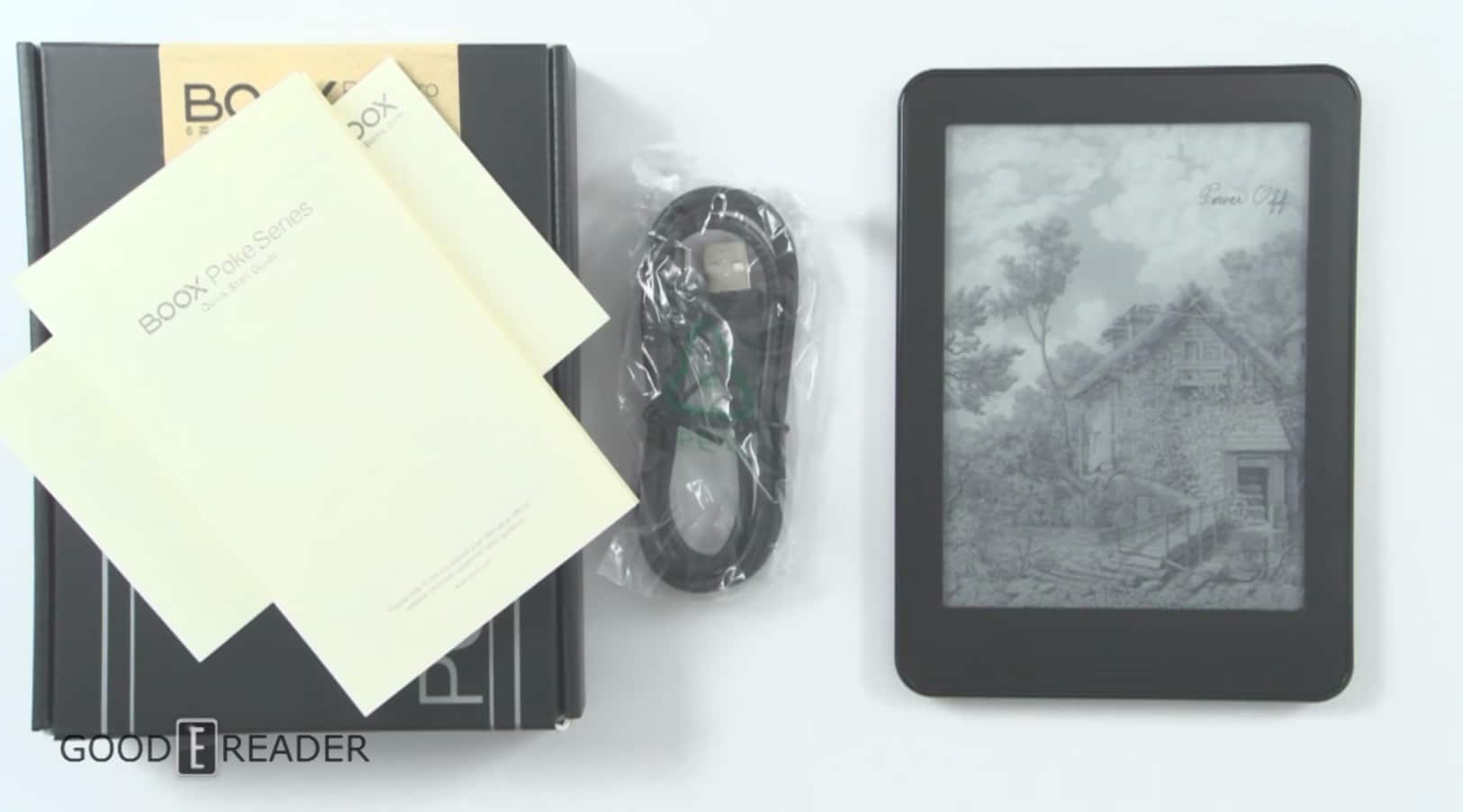 Onyx Boox has just released the Poke PRO and it costs a little bit more than the regular Poke, which we unboxed a few days ago. This unboxing video of the PRO model takes a look at the industrial design and everything that comes inside the retail packaging.

Confused on the differences between the Poke and the Poke PRO?  The regular Poke has a quad-core 1.2GHz processor with 1GB of RAM and 8GB of storage space. Meanwhile, the Poke Pro has a quad-core 1.6GHz processor  with 16GB of storage space and 2GB of RAM. The other big difference with the Pro model is that it is using Android 6.0, while the regular Poke has Android 4.4. Both models have a 300 PPI, E Ink Carta display with a capacitive touchscreen and a frontlight with adjustable color temperature system.

I believe the Poke Pro is the better investment. The higher speed processor, more storage and additional RAM is compelling. Android 6.0 will play nice with modern Android apps, whereas the regular Poke might struggle finding compatible apps for 4.4.

It is currently unknown what the final MRSP will be on the Poke Pro, Onyx does not have a listing yet on their official website. I will update this most when I know more.