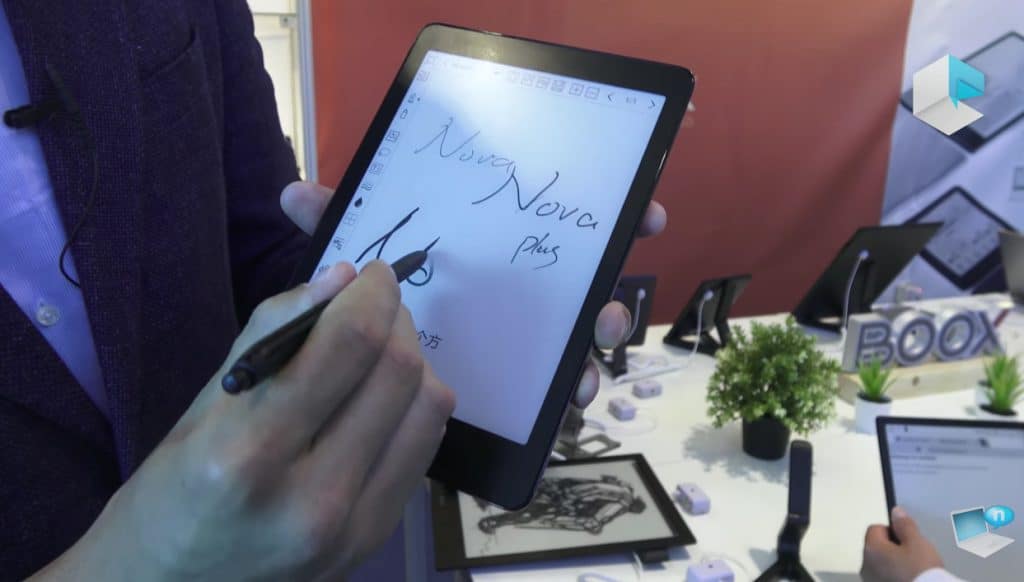 The Onyx Boox Nova has a Plus edition that is going to be available soon. The specs are similar to the regular Nova edition except it has a glass based screen and an active digitizer layer for the accompanied stylus. You can think of this device as a combination ebook reader and note taker.

The Nova Plus will feature a 7.8 E-Ink Carta HD screen with a resolution of 1872×1404 and 300PPI. The screen is completely flush with the bezel because it is using glass and it also has an active digitizer. The only other glass based screen that Onyx has developed was the Note Plus. One of the big advantages of a glass based display is that the screen is scratch resistant. The stylus can be pressed down very firmly on the screen and it will not scratch. It also allows you to use the stylus to draw on the very edge of the screen to the other. I am a big fan of glass screens because it is easier to swipe and gesture when using Android apps or turning the pages of an ebook.

Some people think that glass screens are brittle than flexible e-paper. I have been covering e-readers for a decade and only a handful of people have ever actually managed to crack the screen and this occurred because they dropped it on concrete or are habitually clumsy. If you feel that you want to take better care of the Nova Plus, I suggest buying a case.

Underneath the hood is a 1.6GHZ quad core processor, which is the same one that the Onyx Boox Note employs. There is 32GB of storage, 2GB of RAM, USB-C, 2800 mAh battery and Android 6.0. It remains to be seen if this model has a front-lit display and color temperature system.

I have a feeling this e-reader might come out in 2019 and the price is currently unknown.