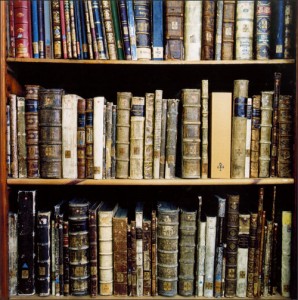 News has come out that the parent companies of two of the largest trade imprints in the US may be merging in the near future. Rumors that Penguin and Random House may soon become one larger publisher, bringing the Big Six down to the Big Five, circulated following a statement that Pearson and Bertelsmann are in talks.

“Pearson confirms that it is discussing with Bertelsmann a possible combination of Penguin and Random House. The two companies have not reached agreement and there is no certainty that the discussions will lead to a transaction. A further announcement will be made if and when appropriate.”

While authors and agents may not be overly excited by the news since it would mean a drop in available publishers to compete for manuscripts, it is the booksellers who may be the most concerned since the combination of two powerhouse publishing imprints means the resulting merged company could hold 30% of the market, giving the newly formed group a lot more clout with its stores.

What could hopefully come of the merger is a lot more focus on the opportunities associated with ebooks and ebook lending. With the importance both companies have placed on digital publishing in the past, it could potentially spur the movement to increase the availability of ebooks for public library lending. For the publishers involved, this could mean the creation of a formidable powerhouse in transatlantic publishing, with revenues on two continents reaching over $4 billion between the two companies.

Unfortunately, the latest updates from the sites of both companies indicate that nothing is signed yet and the waiting game has begun for industry professionals who wait to see how this will play out for both publishers.