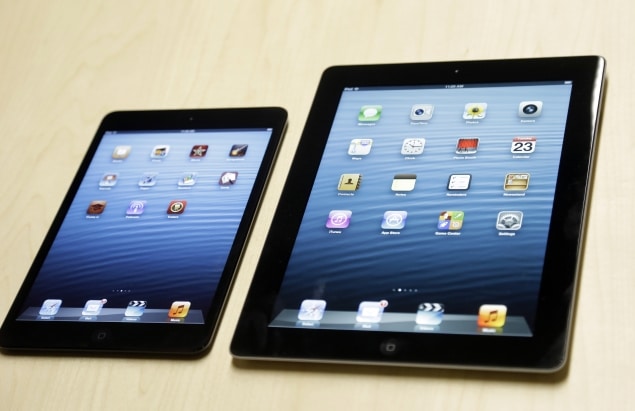 Apple’s fourth quarter results are here and as usual the figures are being quoted in millions, both for the number of devices sold and the amount that has made it to the Apple coffers. The Cupertino company has sold a record 14 million iPad devices during the quarter that ended September 29, which marks a 26 percent jump from the same quarter a year ago. The company recorded a net profit of $8.2 billion, which is an increase of over 24 percent compared to a year ago. The number of iPad devices the company has sold in the financial year 2012 is an impressive 58.23 million.

Also, with the ever growing number of devices Apple sold so far, it also translates to a larger number of apps being purchased by users of these devices. The Apple App Store plays host to no less than 275,000 apps that are exclusive to the iPad alone. The company did not reveal the exact figures it earned from its app business in the fourth quarter, instead claiming it has set an all-time record from the sale of apps.

“We’re pleased to have generated over $41 billion in net income and over $50 billion in operating cash flow in fiscal 2012,” said Peter Oppenheimer, Apple’s CFO. “Looking ahead to the first fiscal quarter of 2013, we expect revenue of about $52 billion and diluted earnings per share of about $11.75.”

Apple has just released its long awaited iPad Mini and the 4th gen iPad, with the latter boasting of twice the processing power, a bigger facetime camera, and a few other tweaks. The iPad has always been the frontrunner in the tablet segment and its smaller cousin, the iPad Mini, is also expected to script a similar success story.

The mood in the Apple camp can be summed up from the fact that the company now has cash reserves to the tune of $121.3 billion. That is an awful lot of money. To put that amount in a better perspective, Apple can buy the entire Amazon business with that much money, or even a space station of its own, while still having some left.