You are here: Home / Digital Publishing News / Penguin Ebook Sales on the Rise 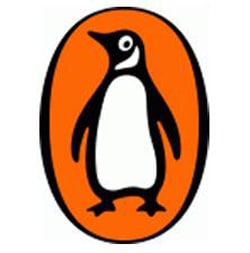 As more and more publishers learn just how valuable their ebook imprints are—and in some cases, how their ebook sales can translate into the difference between profit and loss—the numbers are slowly appearing from some of the largest names in the industry.

Penguin Group announced today that its ebook sales for the third quarter were have more than doubled so far for 2011, after the staggering announcement last June that for the first half of the year ebook sales were 128% higher than in 2010. At that time ebook sales made up around 14% of Penguin’s total sales, and the publisher is still relying on its digital sales to prevent reporting a loss.

“The fourth quarter is an important selling season in consumer publishing and Penguin has a strong publishing line-up of bestselling authors including Tom Clancy, Patricia Cornwell, Sue Grafton, Daniel Yergin and Steven Pinker in the US; and Jamie Oliver, Lee Evans, Rob Brydon and Jeff Kinney in the UK,” reported Danuta Knopp of the Book Shed in a report today.

With the upcoming releases of several new devices like the Amazon Kindle Fire, Nook Tablet, and Kobo Vox in the U.S. and other markets, the fourth quarter of 2011 will obviously be an important year for digital content, especially in terms of the approaching holiday purchasing season. As more tablet choices become available for consumers and as dedicated e-readers drop in price to make room on the shelves for the tablets, more ebooks than ever are likely to find their way onto reading consumers’ newly acquired technology.

Penguin is far from being the only publisher currently pleased with the performance of digital titles in their catalogs, and the fourth quarter of 2011 may show the largest increase of all for many publishing houses.