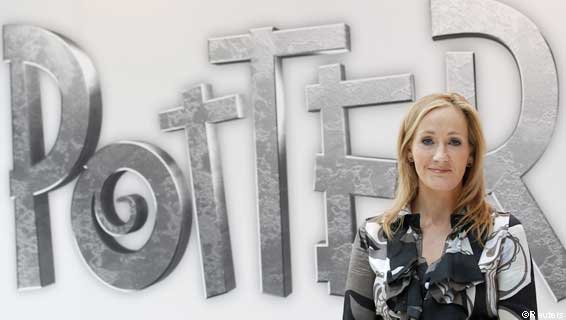 The uproar over Pottermore has only settled down minutely, but now that the initial excitement has worn off and the shouts of praise for the pioneering author have stopped echoing off the halls of the forums and blogs, the whiners are coming out of the woodwork. Brick-and-mortar stores are apparently up in arms because the site will be the only location that sells the ebooks, a strange concern since most brick-and-mortar locations don’t even sell ebooks. Market watchers are ranting their speculations that this will undoubtedly harm Amazon, since apparently they are concerned that e-reader users will stop buying all other ebooks now that the Harry Potter series will be available. Many are comparing Apple’s inability to snatch this unheard of lucrative deal to their almost-losing battle to carry the Beatles’ music in the iTunes store.

One outlet that does legitimately stand to lose in the Pottermore digital Harry-takeover is, in fact, Apple. The iTunes store has been the exclusive online retailer of the audiobook downloads since its deal with Rowling was inked in 2005, and once that deal expires and Pottermore.com goes to full launch in October, those audiobooks will only be sold through Rowling’s new site. As Apple earned its standard 30% commission on those audiobook sales, they are very likely to feel the pinch of losing that content. Just the first book in the series, Harry Potter and the Sorcerer’s Stone (Philosopher’s Stone in the UK), still remains in the #18 spot and #10 spot for audiobook downloads in both the US and UK iTunes stores, respectively.

While industry experts speculate away on what this will mean for digital publishing in terms of other authors going it alone as Rowling has done, it’s important to understand that not everyone has the financial and literary clout that Rowling brings to the decision-making table. As she has long claimed to be finished writing the Harry Potter series, she faces no danger from alienating Apple, Amazon, or UK’s large retailer Waterstones in the Pottermore venture. It’s not as if they can threaten to refuse to sell her ebooks.