You are here: Home / e-Reader News / Pre-Orders of the Kobo Aura One are now shipping 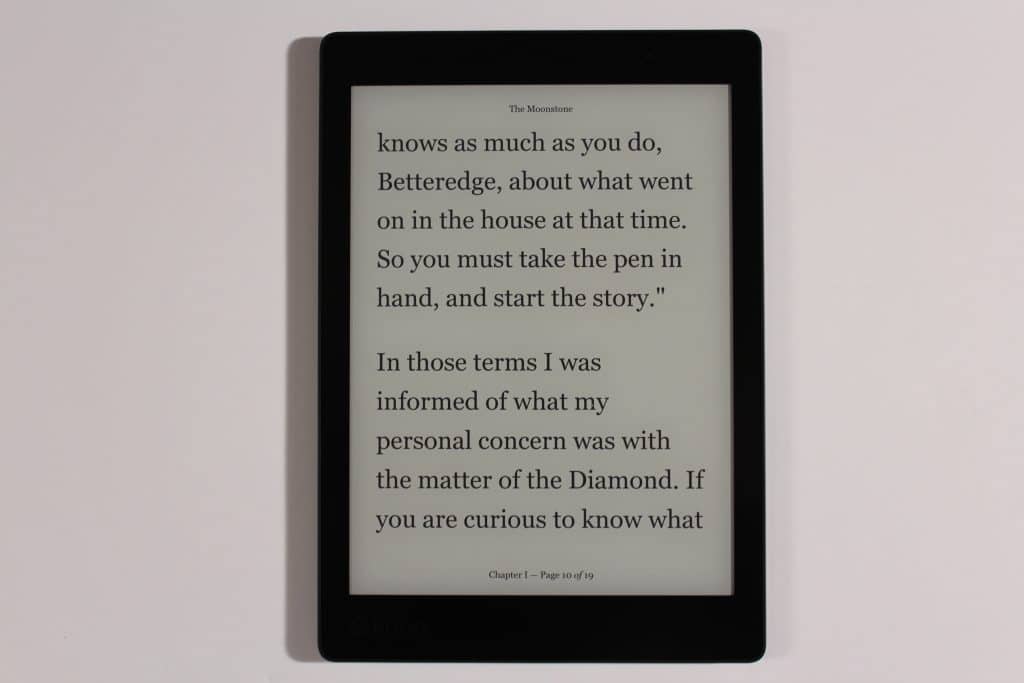 The Kobo Aura One e-Reader is now shipping to out to customers who pre-ordered one. People are reporting that notifications are being dispatched to their email addresses, which include tracking numbers. It looks like Americans and Canadians are the first markets to have first dibs on the largest e-ink display that Kobo has ever produced.

The Aura One has a lot of things going for it. The e-Reader has a light sensor which will automatically control the brightness and it also has RGB lights to make it easier to read at night and limit the amount of blue light. Likely one of the most compelling reasons to buy this is due to the customized Overdrive app, that will allow people to borrow e-books from the library and read them right on their Kobo.