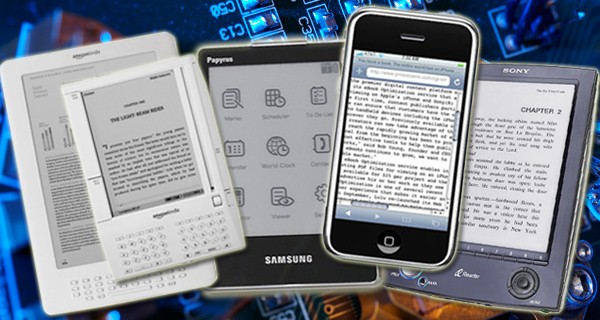 By watching competitors play their marketing strategy games, consumers can make a lot of headway when it comes to discovering what devices will best suit their future needs. Sometimes these announcements are full-on press releases from major competing retailers, and occasionally they come in the form of a quiet stock market report. Either way, watching the major players in any technology battle can be akin to the head-turning antics of a heated tennis match.

GoodEReader.com released the news of the world’s first touch-screen e-ink device, distributed by Kobo, at this year’s BookExpo and IDPF Digital Conference in May. The next day, Barnes and Noble introduced its own touch-screen e-ink device and guess what? Ours has a better battery life. Within an hour of Barnes and Noble’s press conference, Kobo countered with an announcement that their new device is the first e-reader ever to support foreign language content in six languages.

Google made a huge announcement last week that it had partnered with South Korean e-reader manufacturer iriver to release the first-ever e-reader that would download content directly from Google’s nearly three million title collection, eliminating the need to download digital books and manually transfer them via cable to current e-readers. Not to be outdone in the breaking news department, Amazon upstaged Google by confirming a lot of the rumors that it would be releasing a tablet this fall. Google countered this eagerly anticipated buzz-worthy news story with the breaking developments that it had been selected by Pottermore Publishing as the third-party payment platform for all its online content, and that Google would enable account users to store the long-awaited Harry Potter ebooks, available for purchase only through Pottermore.com, in its cloud-based Google Books library accounts.

Much of the news coming from large companies, whether in the form of public press releases or side comments during unrelated conversations, is meticulously planned to coincide with what the other guys have up their sleeves. It is these rumors and releases that drive the technology companies to be constantly on the cutting edge, and provide interesting speculation on the parts of the digital consumers.