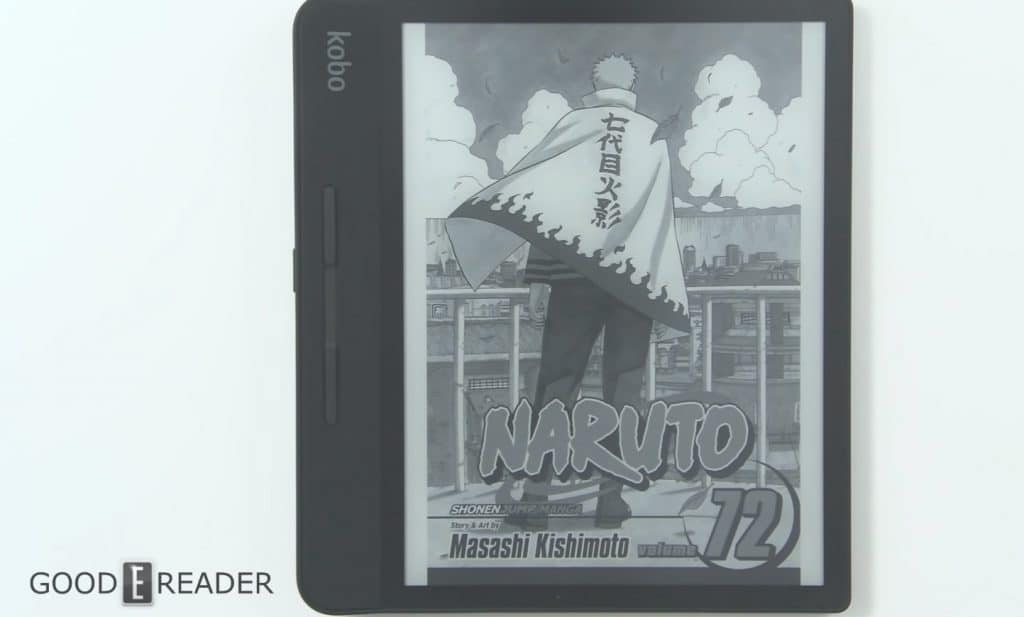 The Kobo Forma E-Reader is one of the few mainstream devices that excel at purchasing and reading digital manga. Kobo has a huge manga section on their retail store and the company has always put a priority on offering most of the mainstream stuff, but also cult favorites such as Is It Wrong to Try to Pick Up Girls in a Dungeon?  Ever since Kobo was purchased by the Japanese e-commerce giant Rakuten, their digital manga selection has dramatically improved.

The Forma does a great job at providing people with a dead easy way to purchase manga, but their software is quite friendly towards people who download scanlations from the internet or have their own pre existing collections.  The Forma primarily supports CBZ and CBR for manga, but they also have support for some editions that are all picture based, such as JPEG.

The large 8 inch screen is really indicative to the manga experience, you will not have to pinch and zoom every page like you would on a standard 6 inch e-reader. The e-reader has a full 360 orientation via a gyroscope. This is useful if you are a traditional manga reader and want to have the page turn keys on the left side, but you can have them on the right too. There is an option to lock your oriententation, once you found one that is ideal.

Page turn speed is very quick and robust. There is hardly any wait time between when you turn a page and when it fully renders. You can hold down on the page turn key to engage the rapid page turn system, so you can quickly scroll ahead to a specific section.

Check out our full video which goes over the entire manga experience on the Forma.