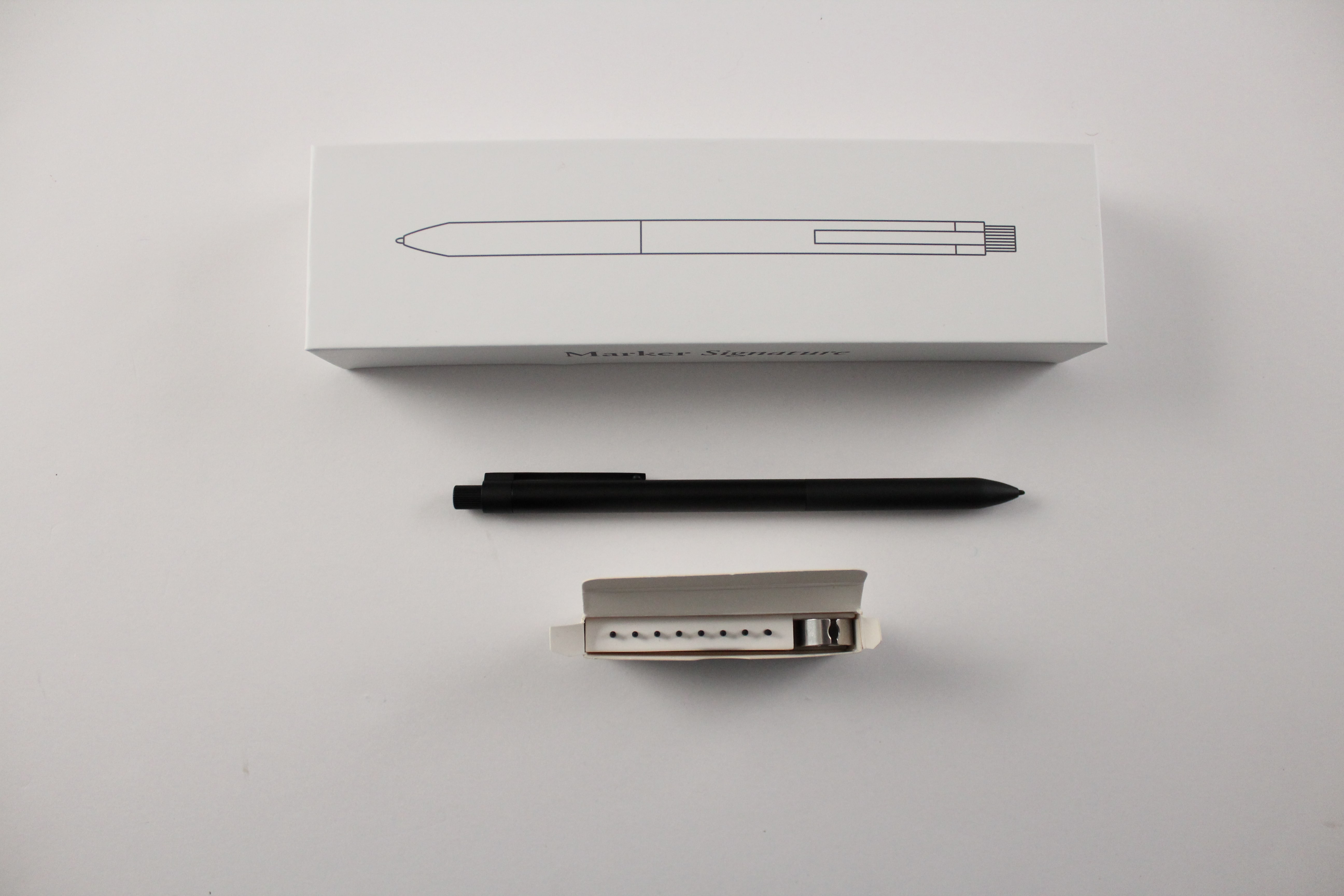 Remarkable has launched a new premium stylus for their writing slate and it is called the  Marker Signature. It is a high quality stylus that is made of aluminum and anodized for a matte black finish.  There is a clicker on the top of it, which doesn’t do anything other than an provide an avenue to collect your thoughts while drawing or editing PDF files.  The top of the pen can be unscrewed and there are three replacement nibs, while the stock Remarkable Pen only has one.

The Remarkable Marker Signature is heavier than almost every other stylus on the market. It weighs 18g, and the only other pens that are heavier is the SuperNote Pen. The stock Remarkable Pen is made of plastic and only weighs 12g. Both the new Marker Signature and the stock Remarkable pen use graphite nibs, so they wear down pretty quickly if you tend to press hard, while drawing. I have found that graphite nibs are better than stylus with a plastic nib. This is because a graphite nib allows you to shade better, while having the stylus at an angle, this is due to the tilt sensitivity, which is similar to pressure sensitivity.  Plastic nibs only allow you to press it down on the screen, if you put a plastic nib at an angle, the screen won’t recognize it.

When you purchase the Marker Signature it comes with 12 extra nibs. This will ensure that you won’t have to buy any extras for at least a few years. I would recommend this stylus because of the added weight and the overall industrial design. It is sleek and is an utter pleasure to edit PDF files or to spend hours drawing. Once you use this pen for awhile you will get used to the extra weight and the stock pen will feel like a feather. 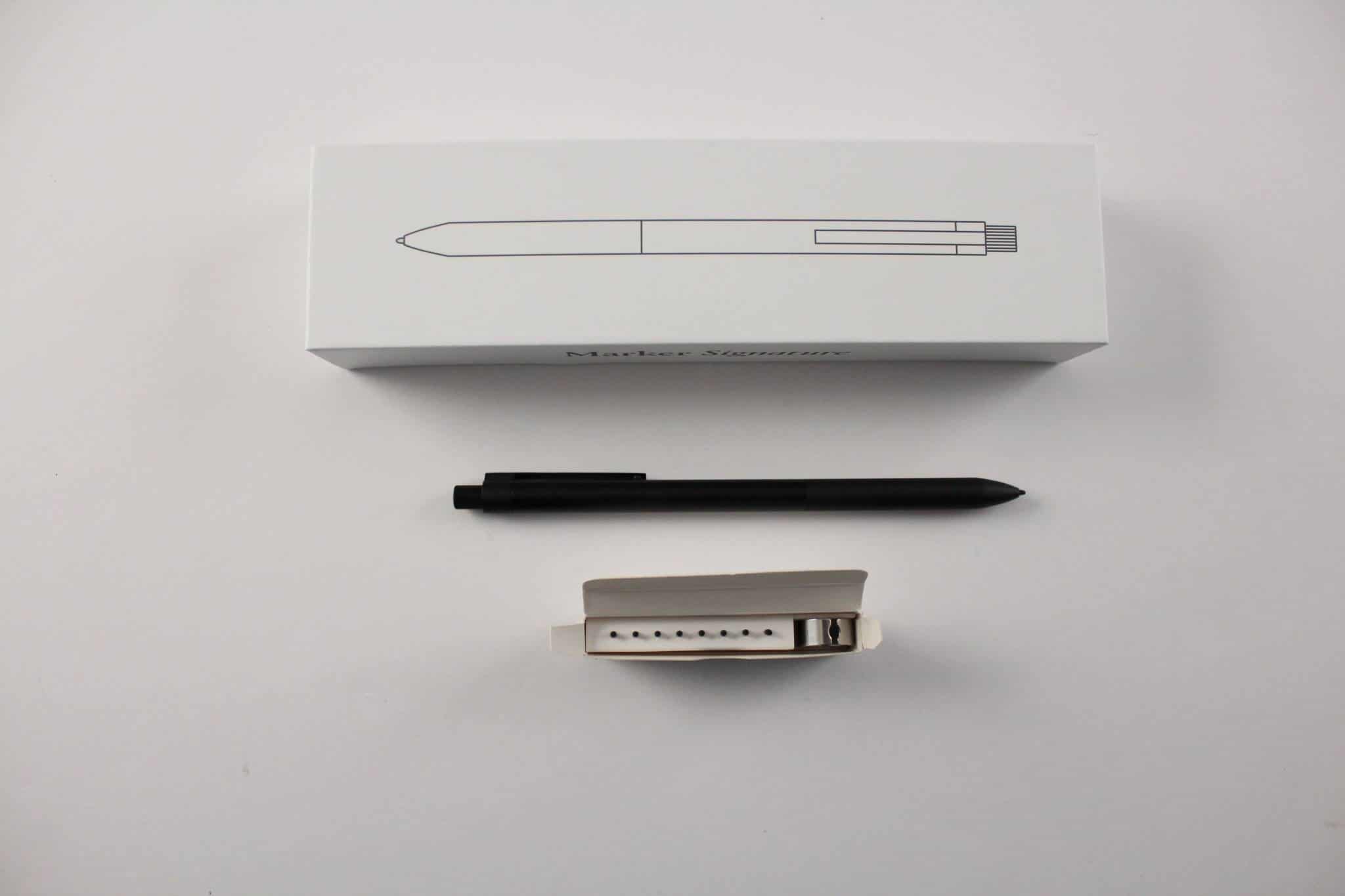