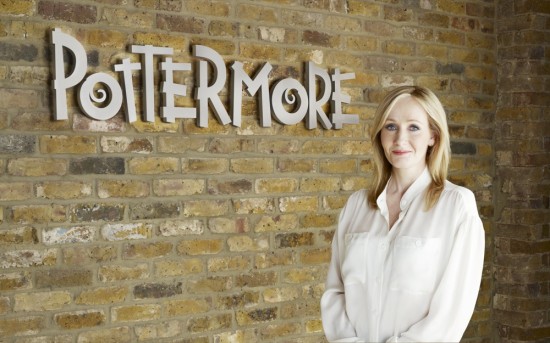 J.K. Rowling, the genius behind the world of Harry Potter, has been applauded for her foresight in retaining her digital rights to the Harry Potter books. When the series was first sold to her publisher in the early 1990s, e-readers weren’t even on most consumers’ radars, but Rowling thought ahead and saw the benefit in retaining the rights to the digital editions of her now hugely successful series.

With the launch of Rowling’s Pottermore site, that forward thinking is almost guaranteed to pay off. Besides being a one-stop fan site with new content, interactive features, and an entire social community dedicated to the world of the boy wizard, Pottermore was to be the exclusive retailer of the ebook editions of all seven Harry Potter titles.

But despite announcements first appearing in June of 2011 about the pending sale of the ebooks, those editions have yet to appear. While Rowling has made statements that the ebooks are on hold while she and her team perfect the Pottermore experience for the more than one million beta users and the later full launch members, the release date continues to be pushed back.

Now, news has come out today that J.K. Rowling has just sold the rights to her next project, a decidedly un-Harry Potter book of adult fiction, to publisher Little, Brown, and Company. While Rowling has made some positive remarks about the refreshing change of working on something new, one note in the press releases was rather interesting: Rowling sold all of the rights to this next project, including print, digital, and audio, to Little, Brown.

It’s always fun to speculate and this is nothing more than reading between the lines. But has the process of building and marketing the Harry Potter ebooks been unfulfilling enough that Rowling doesn’t intend to be responsible for the sale of ebooks of this next project? Or is she simply allowing the publisher the option to do what it does best, thus allowing her to focus on her writing and on Pottermore? Perhaps the author doesn’t see this next stand-alone fiction work drawing as much buzz as the seven books in her first series and its companion titles, and therefore doesn’t need to worry about losing digital revenue to her publisher.

For whatever reason that Rowling chose to relinquish the digital rights to this new project, given her track record of making some excellent decisions concerning her career it was almost certainly a well thought out decision. If any of her previous experience as a published author are an indication, it’s most likely not a decision she took lightly and isn’t likely to be a bad business move on her part.