You are here: Home / Barnes and Noble Nook / Samsung Galaxy Tab A Nook vs Nook HD 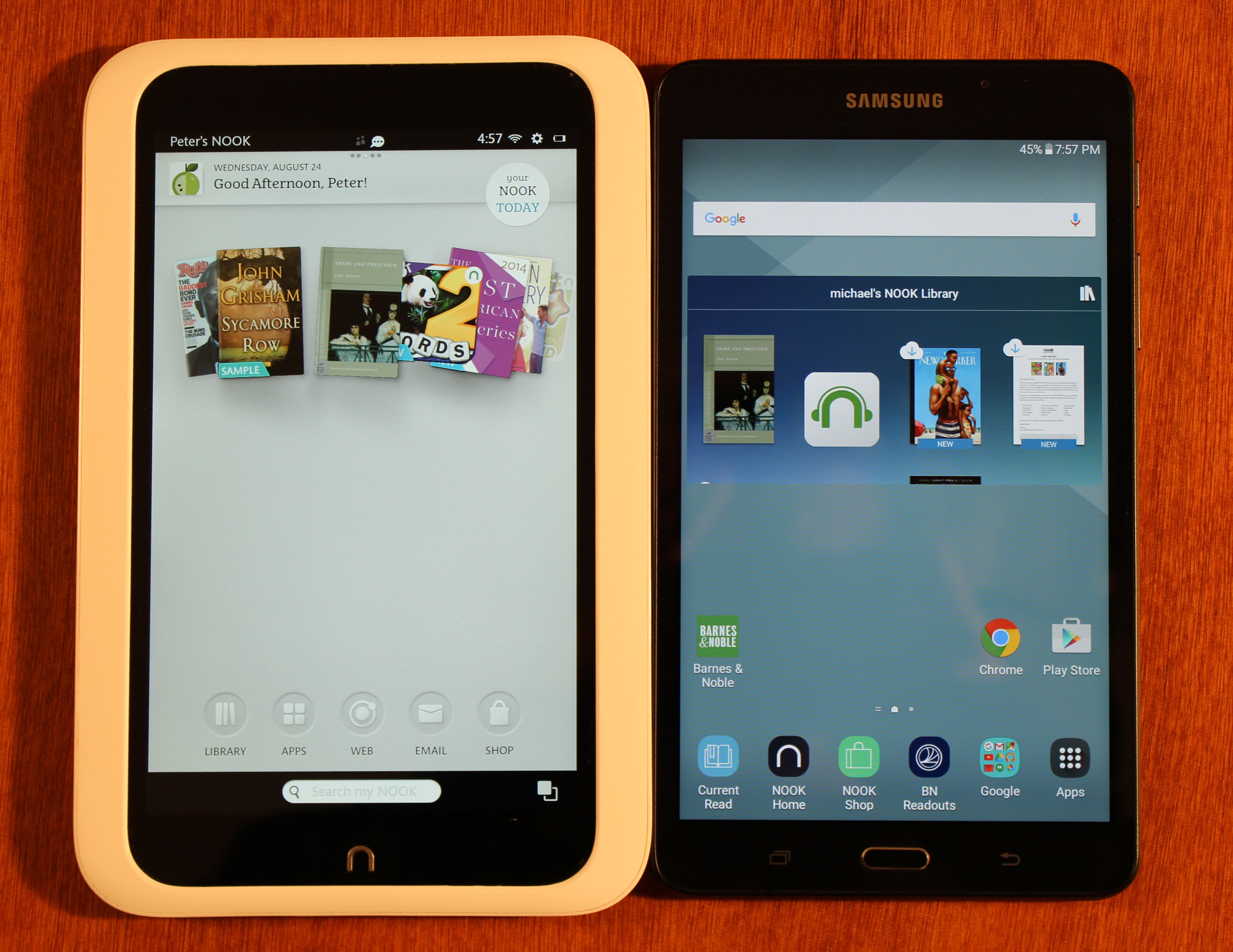 Barnes and Noble has just released the brand new Samsung Galaxy Tab A Nook and many people are wondering if it is worth upgrading. There is a large demographic that have older devices, such as the Nook HD and today we will give you a full video comparison of both of these units.

The Nook HD  features a seven inch IPS capactive touchscreen display and a resolution of 1440 x 900 pixel and 243 PPI.  Underneath the hood sits a TI OMAP 4470 1.3GHz dual-core CPU processor and 1GB of RAM. Memory wise, there is a 8 GB and 16 GB models, depending on your needs. Barnes and Noble is fairly consistent with giving customers expandable memory via the Micro SD. You can get it going to almost 64 GB of added storage, which would be perfect for your media.

The Samsung Galaxy Tab 4 Nook features a 7 inch IPS LCD capacitive touchscreen display with a resolution of 1280 x 800 and 216 PPI. This is an entry level tablet, certainly not meant to compete with flagship devices on the market.

One of the big advantages of the older model is that it has stereo speakers, whereas the newer Samsung device only has one. The Nook HD also has better resolution and better PPI.

In this video comparison you will learn about some of the recently discontinued elements that hinder the Nook HD and answer a number of burning questions.