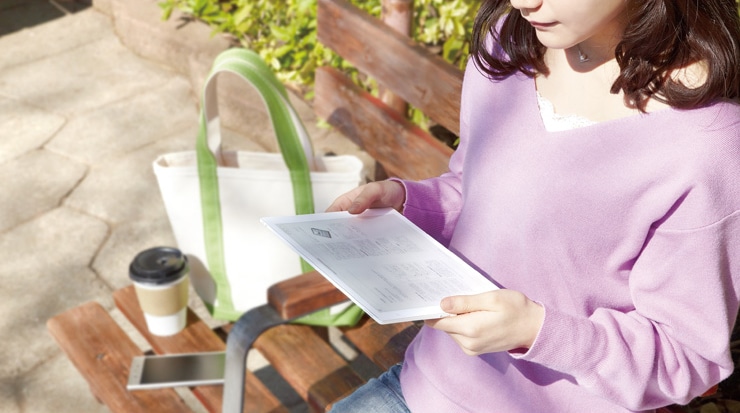 Back in April Sony announced that they developed a smaller version of the Digital Paper e-Reader. In the past all of their digital note taking devices were 13.3 inches and the new DPT-CP1 is 10.3 inches. It is going to be available in Japan in early June and now we have a definitive release date for people who live in the United States, June 21st and it will cost $599.

The DPT-Cp1 features a 10.3 inch E-Ink Carta display with a resolution of 1872×1404 with 227 PPI. It has a capacitive layer for touchscreen interactions and also one support for a stylus to take notes and write on PDF files and it supports A5 documents.

The DPT-CP1 will basically be running the same firmware as the DPT-RP1 and provide the same user experience. It will be a dedicated PDF editing device and will be able to take notes with the accompanied stylus. It will be compatible with the Digital Paper software for the PC to receive firmware updates and save all of your files locally.

I am excited to see how this stacks up against other popular 10.3 devices on the market such as the Remarkable and Onyx Boox Note.