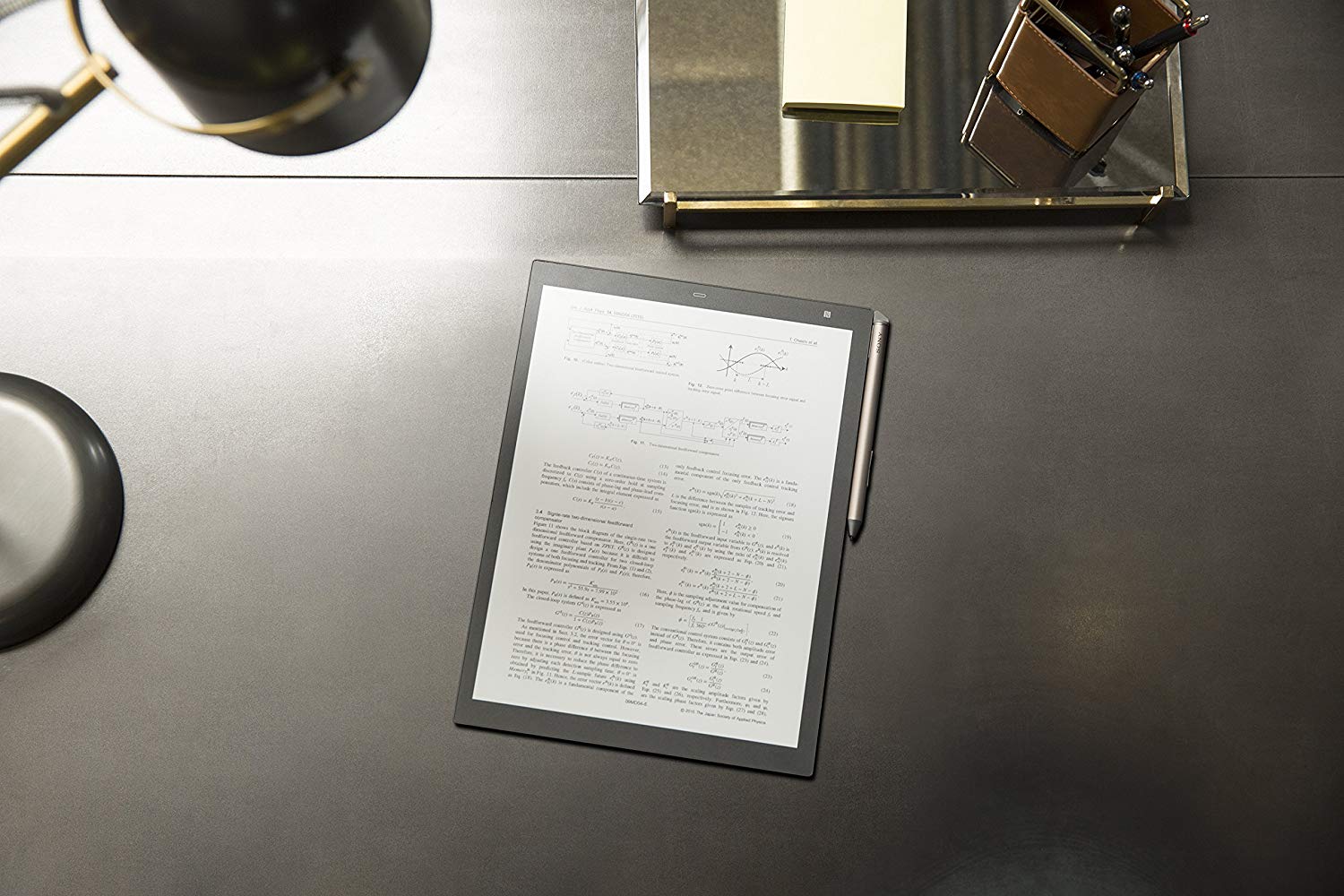 Sony is going to be releasing a new 13.3 inch Digital Paper later this year and the company is trying to get rid of all remaining stock. The company has continiously put their device on sale and it is available again on Amazon and other retail outlets.

The sale price of the Sony DPT-CP1 is $599 and this is $100 off of the retail price. This e-reader was released in early 2017 and it is getting a little long in the tooth. I heard the 2019 version will have both an E Ink Carta and Mobius screen, which will make it lighter and have higher resolution for PDF files.  Sony has also discounted the 10.3 inch DPT-CP1 and it is available for $499, this model has not sold  very well, according to my sources.

The Onyx Boox Note Pro and Boyue Likebook Mimas have a massive advantage over the Sony Digital Paper because they run Android and their stylus has pressure sensitivity. The Sony is basically a glorified digital note taker that can only read PDF files and make notes from scratch. This sale makes the Sony a better buy, when it comes down to dollar and cents spent, but I think the Mimas and Note PRO have more value for the price.