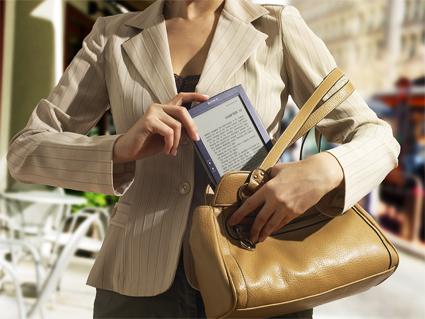 The Sony Reader WIFI or PRS-T1 originally went on sale in Europe back in October 2011. Since that time they have sold close to 500,000 units in the UK, France, Spain, Germany and other major  markets. It is said that Sony now controls around 35% of the entire eReader market in Europe.

Sony has been making great inroads in Europe to stimulate sales of its sagging e-reader lineup. Although their e-reader has been on sale for six months they only launched their UK bookstore in April.  The company recognizes that Europe is a focal point for expansion and is one of the key aspects of their business going forward.  “There is still much to do in these territories  and  in the UK market competing with Amazon, is working out pretty well, “confirms the company. Sony has formed partnerships with Libri.de NSAIDs in Holland, with Bol.com. “This is very strong local partners, while the competition is also directly with Amazon, but that bring us great satisfaction,” says Sony.

One of the allures about Sony right now is the compatibility of their eReader with the new Harry Potter eBooks. The Pottermore store actually is powered by Sony and has their logos all over their website. Each Sony PRS-T1 sold actually comes with a free Harry Potter eBook now but the offer is only good in the USA and Europeans are out of luck.