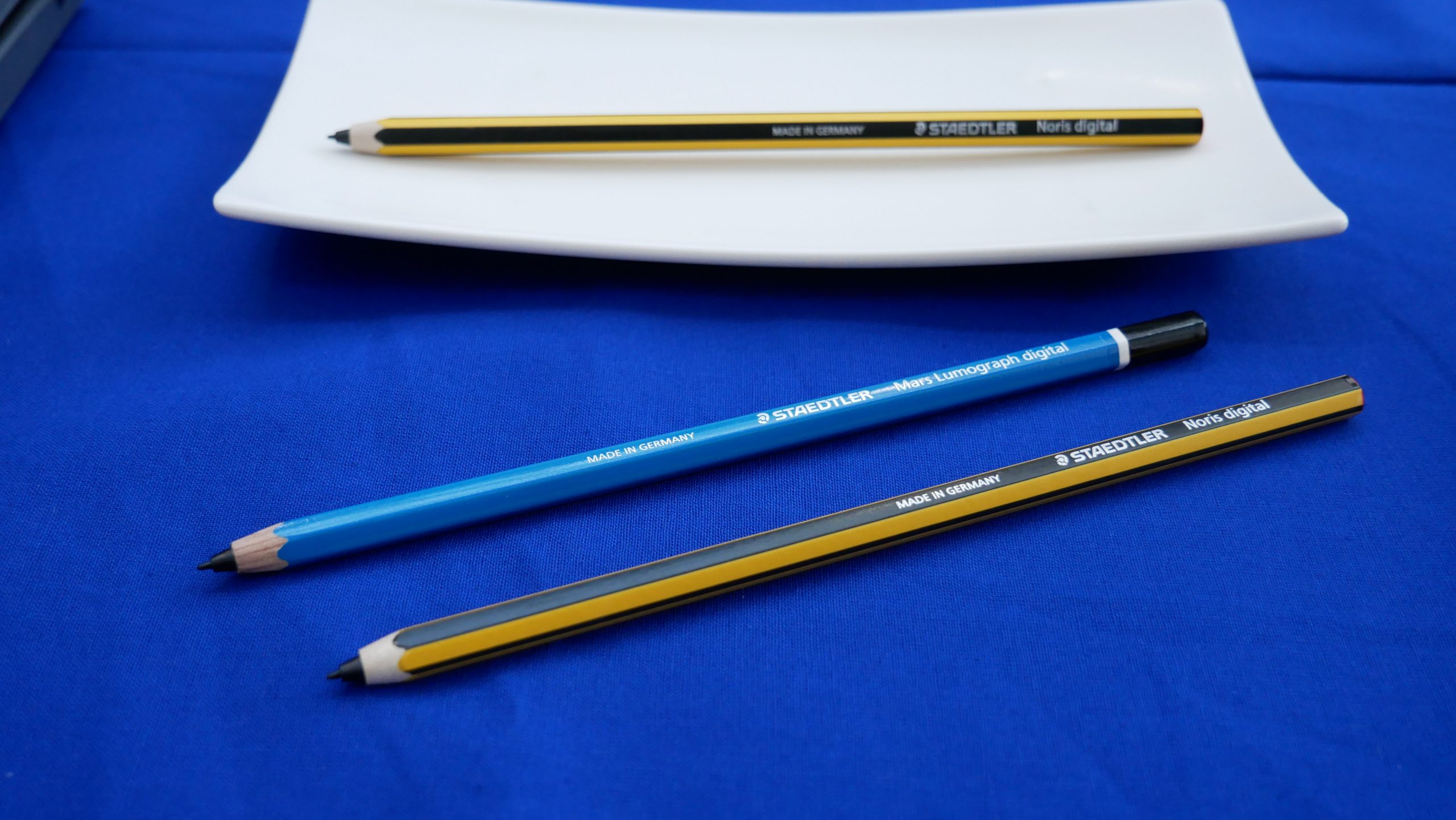 Staedtler is based out of Germany and over the course of the past few years, has developed a series of WACOM enabled stylus. The Noris series was their first release and came in two variants; Classic and Jumbo. Both were made of wood and the only difference was their size, and the Jumbo had an eraser on the top. Good e-Reader was live at Connected INK 2021, in Tokyo Japan and visited the Staedtler booth and they had a new product, the Mars Lumograph Digital.

This new pen is larger than the Jumbo, which was 140×9.1 mm, and it is also lighter and thinner. This pen is blue, with a black tip on the top. It features an all new nib, which is more responsive and has been totally redesigned. It seems to be more accurate when drawing on WACOM enabled devices. It does not draw power and is passive EMR. It is compatible with major products from Boyue, Fujitsu Quaderno A4/A5 second generation, Onyx Boox, Supernote, Remarkable and others.

I was a big fan of the original Noris line, and this new Mars Lumograph was really impressing. The company basically copied the design from their real pencil, which is called the Mars Lumograph and has been out for awhile. All they added was a brand new nib and included 5 replaceable nibs in the box and a nib removal tool.