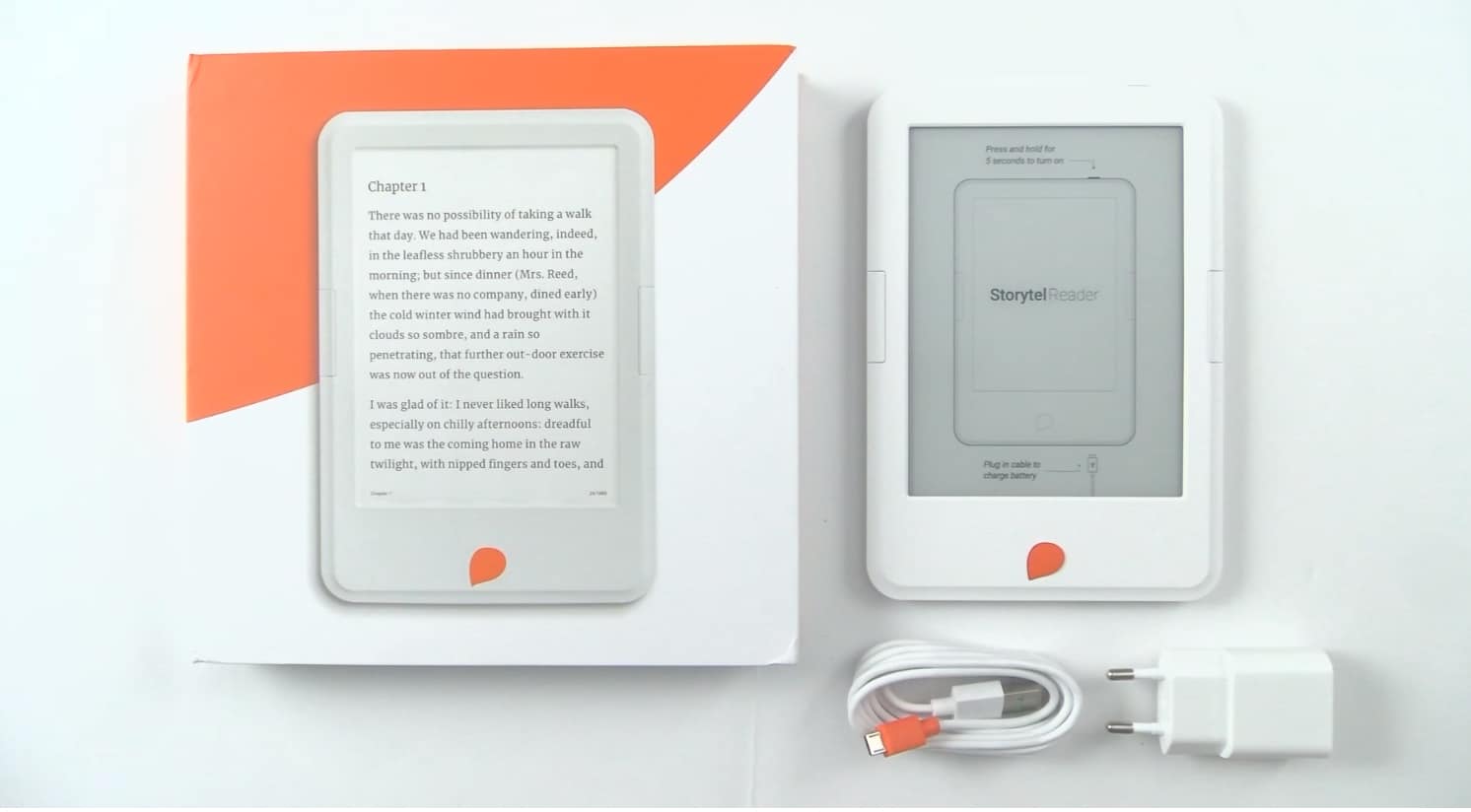 The Storytel e-reader came out in 2018 and the company has slowly been expanding the number of countries that can use it. It has just launched in Belgium and the Netherlands and these two countries can subscribe to the service and listen to an unlimited amount of audiobooks and read all of the ebooks they want. The e-reader is only compatible with the Storytel platform, and you cannot sideload in any digital content.

This e-reader can be purchased from the main Storytel website for around 129 euros, you get a two-month subscription to the service. This applies to both existing and new members. This is enough time to get people started and checkout what type of content they have. Storytel also has an app for Android and iOS, which can also be used for audiobooks and ebooks.

The Storytel reader features a six inch E Ink Carta display and resolution of 1024×768 212 PPI. It has a touchscreen and manual page turn keys,  so it appeals to everyone. It also has a front-lit display to read at night. It is powered by an IMX6 single core 1GHZ processor and has 8GB of internal memory and 512MB of RAM.