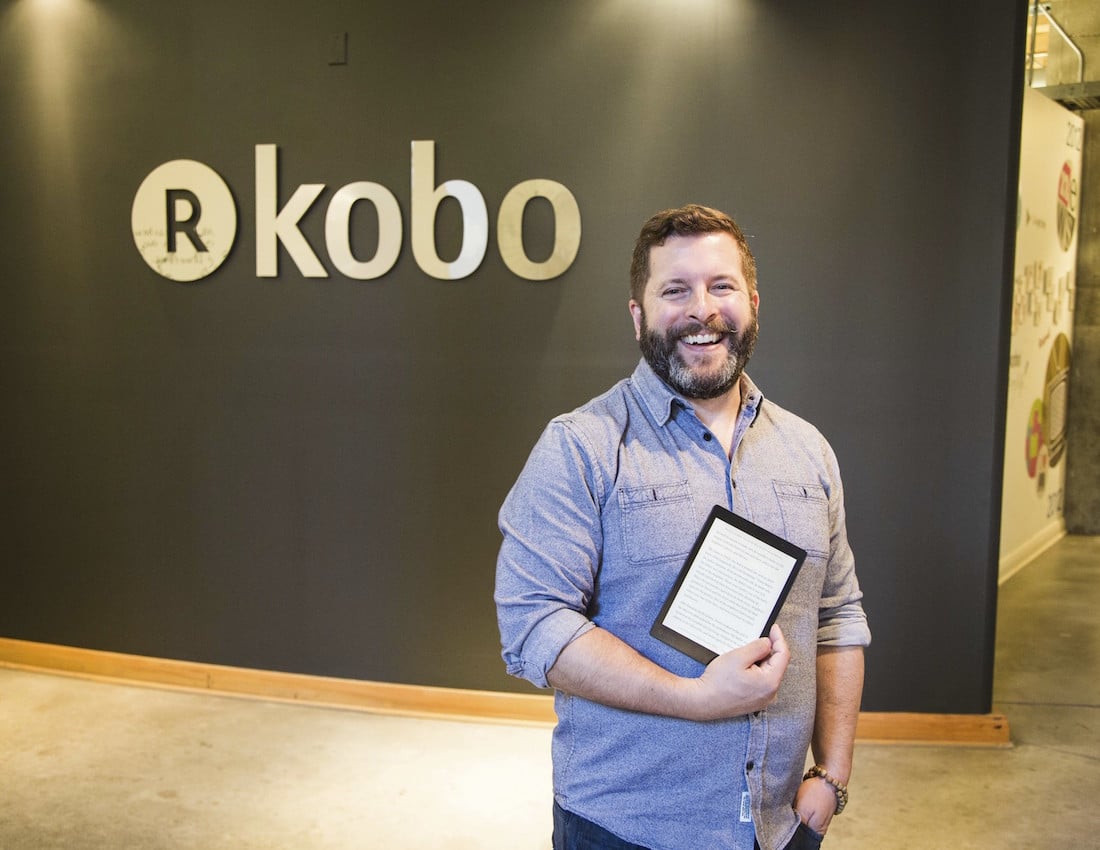 Hardcore readers appreciate that Kobo has put a priority on waterproof e-readers for the past five years. The latest generation e-readers such as the Kobo H2O Edition 2 and Kobo Forma both appeal to people who want to read anywhere. Rakuten CEO Michael Tamblyn recently stated that “47% of our top customers like to read near the water – in the bathtub, by the pool or at the beach on vacation – but they were worried about bringing electronics close to water, and so Kobo Aura H2O was the first eReader with a waterproof design. Customers had also been hearing reports in the media about the invisible blue light in smartphones that disturbs sleep patterns. Kobo Aura ONE was the first device with variable colour temperature, so that the closer to bedtime it gets, the more blue light is extracted from the device. This creates a reading-at-sunset-or-candlelight-like experience.”

Who are the best customers? Kobo has noticed in the past few years that older people tend to be their read the most. “Unlike downloadable music and video, the people who have been adopting eBooks look a lot like the people in a bookstore today – 45, 55 and 65 years of age, and more likely to be female.” Tamblyn went on to say “It seems more like there are times when people have more time in their life to read, and time when they don’t. It’s a conveyor belt that brings new recruits all the time. People make more time for reading as they get older.”

Over the course of the past four years ebook sales have fallen 43%, but high prices are making up for the lack of units sold. Tamblyn sees the headlines and told Good e-Reader that “There is as general theme of “The Revolution is Over” related to ebooks that shows up in media, in some publisher boardrooms, the occasional retail association: the idea that the disruption has passed and people can go back to business as usual. But the changes that ebooks have wrought are deeper than most people can see. Anyone who is taking comfort in flat ebook sales from traditional publishers is missing how fundamentally ebooks are starting to decouple from the print market. For Kobo, one in four of the books we sell in the U.S. or Canada is from an independent or self-published author. They don’t show up in publisher surveys or industry reports. It’s the dark matter of book sales – like having another HarperCollins or Simon & Schuster that only a few companies can see or sell. And it’s growing at double-digits every year, doesn’t engage with physical retail, and is dominating ebooks for price-sensitive readers. These titles have high ratings, great reviews, and the person buying usually doesn’t know or care that it was independently published. That’s just one example of fundamental change – there are many more. And that’s okay. Nothing is crashing down, but the ground is shifting. It speaks to the need for all of us, retailers, publishers, agents, authors, to not get too comfortable. Constantly question the status quo and keep laser-focused on readers – what, how and why they are reading today, and how to make sure we keep earning their time for books in a world where time is ever-more precious.”