And now we are about to see another revolution in the e-reader segment, a hybrid of an e-reader and a notebook. That’s what the Edge from Entourage is all about. Supposed to be available for pre ordered clients by now, the specifications that have been boasted seems to be lines out of a fairy tale book.

To start with, the Entourage Edge has two displays, between which the gadget folds much like a notebook does between its screen and keyboard. One of the screens is a 9.7-inch E-Ink enabled reader while the other is a 10.1-inch LCD display having 1024 X 600 resolution. A light 3 pounds and a sleek 1-inch, complements this beauty’s specifics. All this and more, at a price of just $499. 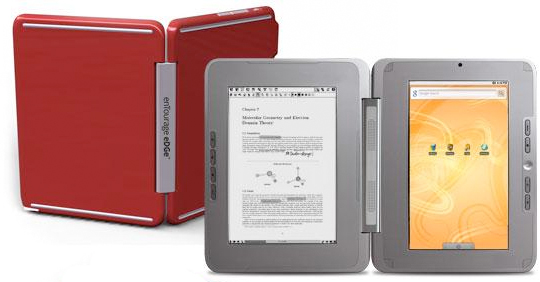 The Entourage Edge is Wi-Fi 802.11 b/g capable and has Bluetooth features built into it as well. A 16 plus hours of running if used in the e-reader mode and 6 hours if in LCD mode makes this quite an impressive device from battery life point of view. The iPad from Apple with just one screen can have sustained operations for just half this time. Also, the iPad is almost half its weight, but then again, yu get to have two screens in an Edge.

Entourage has also embraced the Android operating system from Google. Given the Androids growing popularity and third party developers creating applications in abundance, all Android devices would benefit from this effect.

Atkinson, the VP of Marketing and Business Development has also announced that entourage is planning to have their own distinct online book store for user of the Edge to download e-books and documents from. They have also promised to make available a mammoth 1,000,000 public domain books from Google at their e-book portal. They refuse to be intimidated by the already massive Amazon or Apple’s iBook store.

The company has showcased its device and its fairytale capabilities, like drag and drop of objects between the two screens, through a demo video. It is now to wait and see the real device fructify.

Watch over for more e-reader news.

Another place to be is our Good e-reader forum in case you have any queries or wish to discuss something related to e-readers. 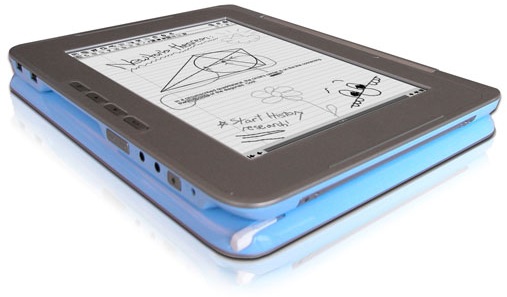