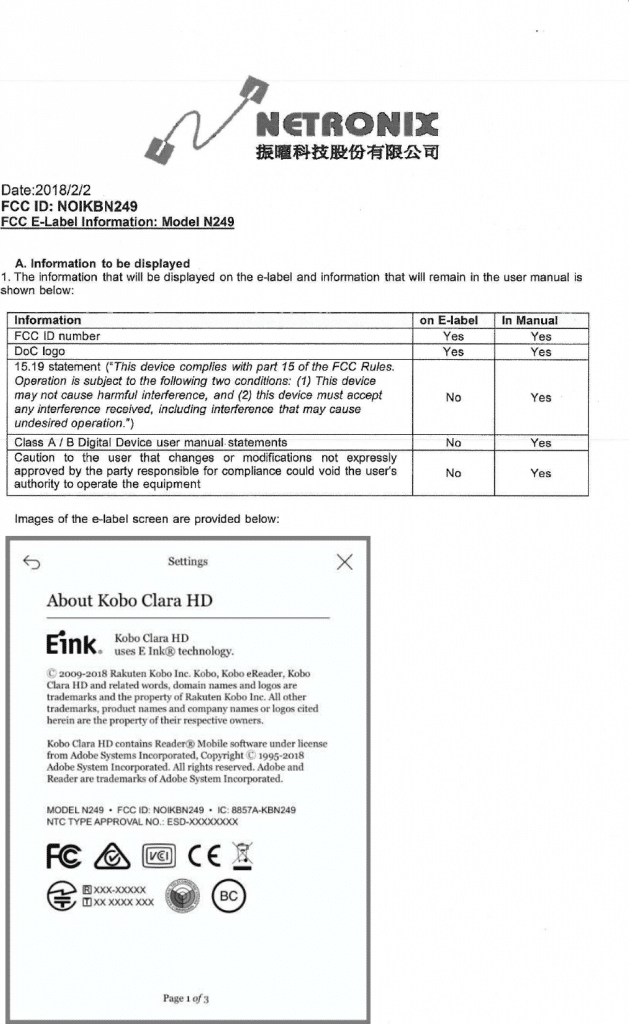 Kobo has developed a new e-reader called the Clara HD and the product should be released sometime next month.  This device just hit the FCC and the official specs are embargoed, which is what Kobo normally does when they are about to release something new.

I seriously doubt Kobo will release a new six inch device, since they have numerous models that came out last year and the Kobo Aura One came out in late 2016 and it is unlikely they will refresh it so soon. I believe that the Clara HD is the second generation Kobo Mini, which has been talked about at Kobo HQ for the past year.

A few months ago Kobo came to an agreement with Walmart to sell their line of e-readers in the United States. Walmart will be selling audiobooks and ebooks directly on their website and will release a co-branded app with Kobo.  I believe that the Mini 2 makes the most sense, since e-readers are normally impulse buys and a $59 entry price point is ideal.  The average Walmart customer is not going to drop $249 for the Aura One or the H2O Edition 2 for $199.

I feel that Kobo needs an ultra cheap device in their portfolio to compete against the entry level Kindle and the Nook Glowlight 3.  It will allow them to not only get immediate traction with Walmart customers, but also provide a good deal for people who buy Kobo products in bookstores all over the world.